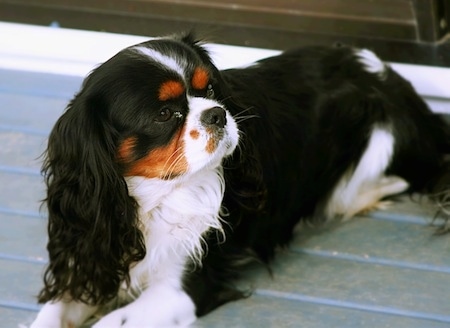 Aslan the Cavalier King Charles Spaniel at 2 years old—"Aslan came to us as a beautiful, albeit, spoiled 2-year-old pup that had been raised as a human child would have been. He had been pampered and spoiled his whole life- to the point where he refused to eat dog food unless it was covered in salt or gravy/sauce. When we picked him up we changed his diet and started him on a firm training regime, which only served to bring a loving dog out of his shell and make for an even more amazing companion. He is now still a loving house dog, but also healthy and thriving! He is a prime example of how a dog can be too spoilt if treated like a human instead of a pack animal. Aslan likes nothing more than to snuggle on the couch with his people, or go for a run along the beach. Of course a good run wouldn't be any fun without rolling in the mud as well! He lives happily at home with our other Ruby Cavalier King Charles and they are the best of pals!" 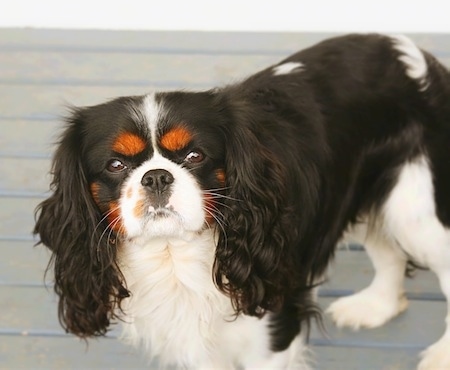 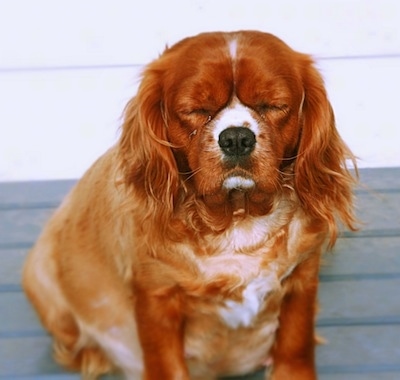 Ruby the Cavalier King Charles Spaniel at 2 years old—"I first got Ruby in Australia, and she has since travelled with me to New Zealand when I moved countries. Ruby is a large Cavalier, exceeding the breed standard at 11kg (24 pounds), but is perfectly healthy in every aspect. Although Cavaliers are known for being a beautiful tempered breed, Ruby is an exceptional example of this. Even as a puppy she never barked, whined or fretted. She is happy to sleep while you're away and snuggle when you're home. She is obedient, loving and is gentle with any person whether they be young or old. She also mixes well with other animals, meaning I can take her anywhere and not fret about how she'll fit in. Recently Ruby gave birth to an amazing 11 vigorous and healthy puppies, that are all doing well. Surprisingly with such a large litter there were no stillborns, and all pups were delivered naturally over 10.5 hours. Whilst there is a significant weight variance among the smallest and largest pups (225 - 530g at 8 days old), all are feeding well and gaining weight daily with supplemental feedings. Without your website as a central location for so much information I would have been much more unprepared. You have so much helpful info that I can reference and helped me to know what to expect. The exhaustion and 24 hour vigils is paying off and I can credit your information as being a huge part of that. Hope you like the pictures of my beautiful girl and her pups!" 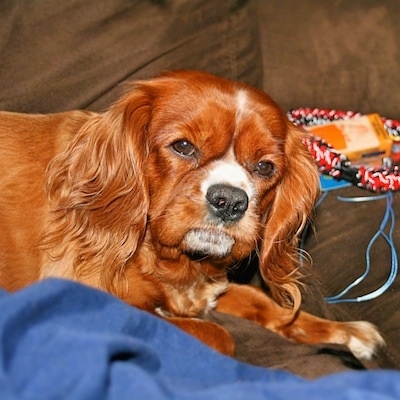 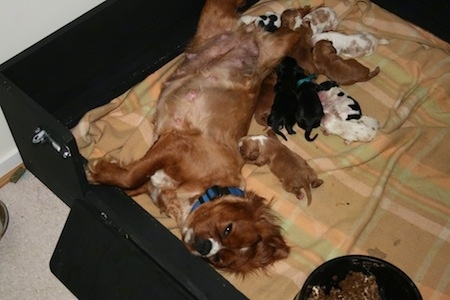 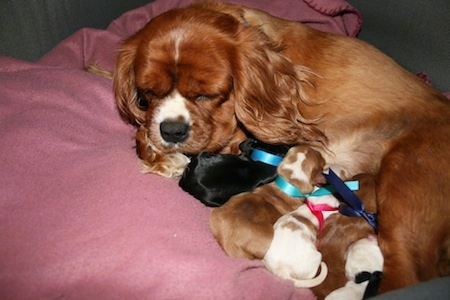 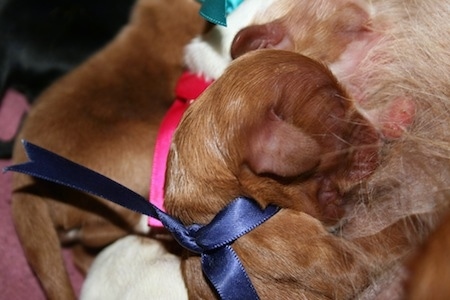 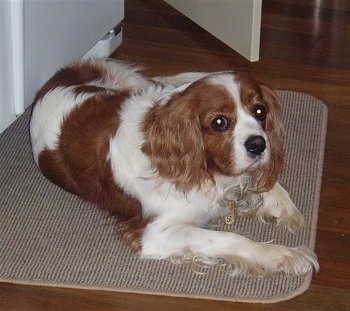 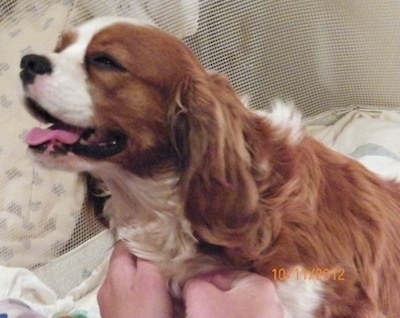 "Our Cavalier Rose is an exceptional mother! This being her second litter, she knew what to expect. When true labor began she never made a sound and seemed to look forward to the arrival of her little ones." 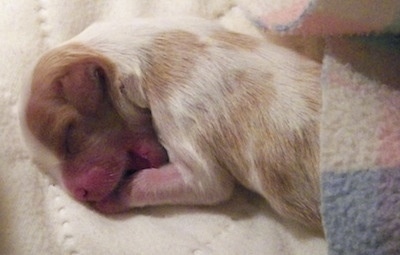 Pumpkin the newborn Cavalier puppy, "Once Rose had her little boy all warm and clean we caught a wonderful picture of him. Peaceful and Content." 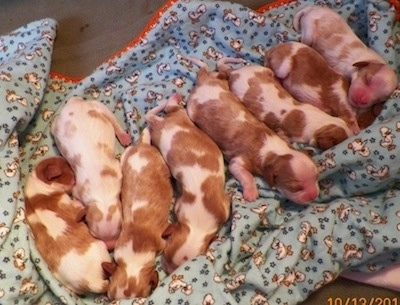 "Rose's tranquil mood continued throughout the entire labor and delivery of all eight pups!" 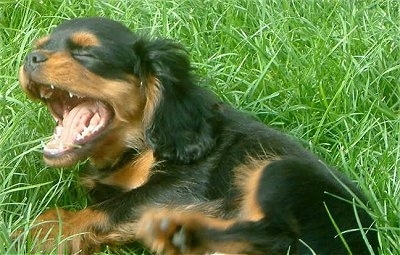 Buddy is showing off his sharp little puppy teeth. 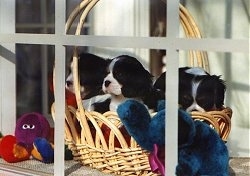 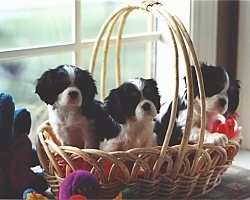 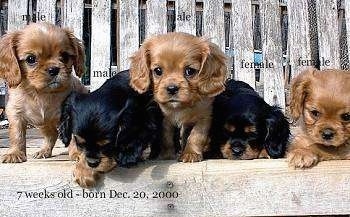 Dillion the Cavalier King Charles Spaniel puppy at 9 weeks old in front of the vintage computer.