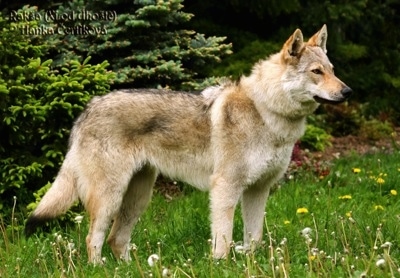 This is a relatively new breed of dog, which can boast neither hundreds of years of tradition nor the names of famous rulers or eminent personalities who bred it or owned it. Nevertheless, it attracts attention wherever it appears. Nobody doubts, not for a moment, that these dogs are of the most distinguished origin. Their mother is Nature. It looks like a wolf. It is tall but light and strong. Its straight, thick hair is wolf-like gray with a typical white mask. It will size you up confidently, with its light eyes, set obliquely. It does not look at its owner; it knows exactly, at every moment, where its master is and what he is doing. It pays attention, rather, to its surroundings—it wants to have a good view. It can run 62 miles (100 kilometers) easily, has a great sense of direction, and reacts with lightning speed. No trail is too difficult for it to follow. No matter whether it is raining or freezing or whether it is day or night. There's nothing it could not manage if it wants to. Every year come the new puppies from two mother countries—Czech Republic and Slovak Republic. The first breedings were recorded in Austria, Slovenia and Hungary; animals were imported to a number of countries. The dogs are shown every year at the leading dog shows and exhibitions.

Both the build and the hair of the Czechoslovak Wolfdog are reminiscent of a wolf. The lowest dewlap height is 26 inches (65 cm) for a male and 24 inches (60 cm) for a female; there is no upper limit. The body frame is rectangular; ratio of the height to length is 9:10 or less. The expression of the head must indicate the sex. Amber eyes set obliquely and short, upright ears of a triangle shape are its characteristic features. The set of teeth is complete (42); very strong; both scissors-shaped and plier-shaped setting of the dentition is acceptable. The spine is straight, strong in movement, with a short loin. The chest is large, rather flat than barrel-shaped. The belly is strong and drawn in. The back is short, slightly sloped; the tail is high set; when freely lowered it reaches the tarsuses. The forelimbs are straight and narrow set, with the paws slightly turned out, with a long radius and metacarpus. The hind limbs are muscular with a long calf and instep. The color of the hair is from yellow-gray to silver-gray, with a light mask. The hair is straight, close and very thick. The Czechoslovak Wolfdog is a typical tenacious canterer; its movement is light and harmonious, its steps are long.

The Czechoslovak Wolfdog is lively, very active, capable of endurance, docile with quick reactions. It is fearless, courageous, suspicious, yet does not attack without cause. It shows tremendous loyalty towards its master. Resistant to weather conditions. Versatile in his use. The Czechoslovakian Wolfdog is very playful. Without proper leadership it can be temperamental. It learns easily. We can admire its all-around qualities rather than its specialization. However, we should not expect it should train spontaneously; the behavior of the CsV is strictly purposeful—it is necessary to find motivation for training. The most frequent cause of failure is usually the fact that the human is not as strong-minded as the dog, lacking leadership and/or the dog is tired out with long, useless repetitions of the same exercise, which results in the loss of motivation. These dogs have admirable senses and are very good at following trails. They are really independent and can cooperate in the pack with a special purposefulness. If required, they can easily shift their activity to the night hours. The independent work of the pack without the necessary control of a man was the reason for their use in the army. Sometimes problems can occur during their training when barking is required. Czechoslovakian Wolfdogs have a much wider range of means of expressing themselves and in some situations barking is unnatural for them; they try to communicate with their masters in other ways. Generally, to teach CsVs stable and reliable performance takes a bit more time than it does to teach traditional specialized breeds. The Czechoslovakian Wolfdog can be a bit dog aggressive if the humans are not displaying the proper authority. It is not generally trustworthy with other pets. It is usually good with children, but suspicious and watchful with strangers.

The CzW will do okay in an apartment if it is sufficiently exercised. It is moderately active indoors and will do best with a large yard. Well-suited for cold climates.

This breed needs a lot of daily exercise and adequate space. It needs to be taken on a daily, long, brisk walk where the dog is made to heel beside or behind the human holding the lead, as in a dog's mind the leader leads the way, and that leader needs to be the human.

This breed sheds heavily twice a year. Bathing is most unnecessary, as the coat sheds dirt readily. Dry shampoo occasionally. This dog is clean and odorless.

In the year 1955, a biological experiment took place in Czechoslovakia. The crossing of a German Shepherd Dog with a Carpathian Wolf. The breeds creator was a Czech, Mr. Hartl, followed by a Slovakian, Mr. Rosik. When Czechoslovakia split into two countries: Czech Republic and Slovakia the latter was granted the patronage. The CWD is one of the national slovakian breeds. The experiment established that the progeny of the mating of a male dog to a female wolf as well as that of male wolf to female dog, could be reared. The overwhelming majority of the products of these mating possessed the genetic requirements for continuation of breeding. In the year 1965, after the ending of the experiment, a plan for the breeding of this new breed was worked out. This was to combine the usable qualities of the wolf with the favorable qualities of the dog. In the year 1982, the Czechoslovakian Wolfdog was recognized as a national breed. 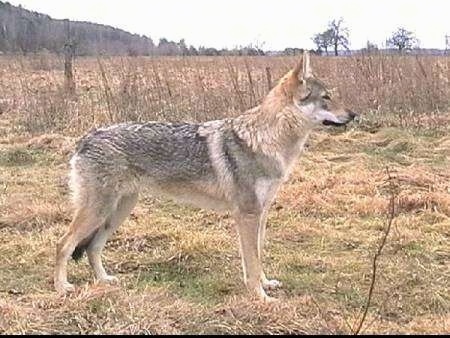 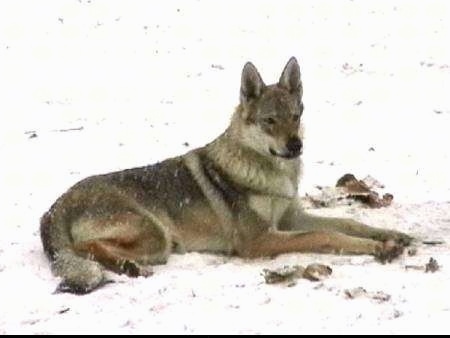 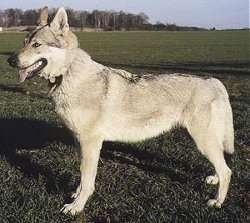