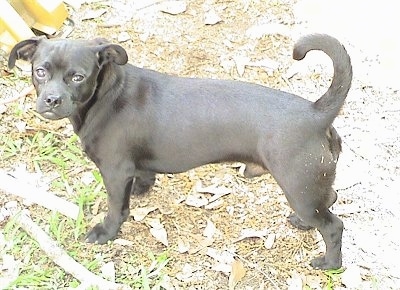 Sabian the Daug (Dachshund / Pug mix) at 2 years old and 18 pounds (mother, Dachshund and father, Pug)—his owner says, "He's very playful and LOVES to snuggle. Sabian is the best-looking dog I have ever seen and owned, and he acts like he knows it, too. He's a great watchdog, loves kids and gets along well with our other dog Max, who is an English Bulldog. Just to add, this picture does not do him justice. His body is muscular and well proportioned, he is absolutely gorgeous!"

The Daug is not a purebred dog. It is a cross between the Dachshund and the Pug. The best way to determine the temperament of a mixed breed is to look up all breeds in the cross and know you can get any combination of any of the characteristics found in either breed. Not all of these designer hybrid dogs being bred are 50% purebred to 50% purebred. It is very common for breeders to breed multi-generation crosses. 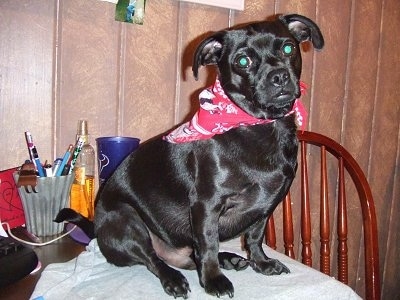 "Sabian is the Daug, a Dachshund / Pug mix. In this picture, he is 3 and a half years old and weighs 18 lbs. Sabian is very playful, loyal and loves to cuddle and watch TV (at the same time). He is so cute; I call him my "genetic masterpiece." Sabian is a lot of "daug" in a small package." 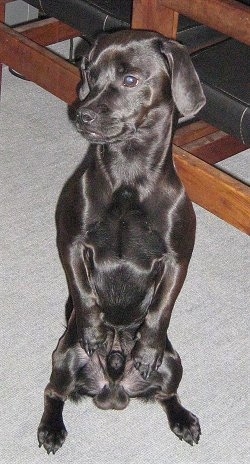 Astro the Daug at 1 year old—his mum is a black pug and his dad a Dachshund. "Astro is the most beautiful puppy in the world. I got him when he was 8 weeks old. Both my husband and I fell in love with him the moment that we saw him. He loves his teddy; as soon as we come home he runs to greet us with his teddy in his mouth, wagging his tail like it’s going to fall off! Astro is ruled by his tummy. He will sit, roll over, play dead, say please as he is doing in the pic, sleep, doing many little tricks for a treat as well as anything he wants." 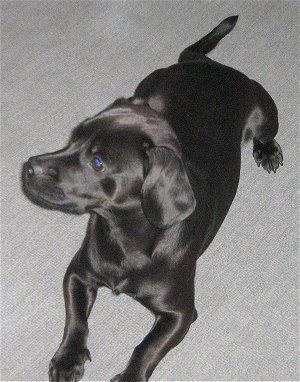 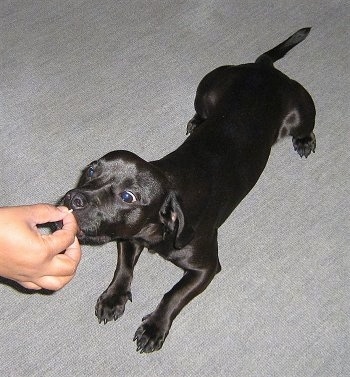 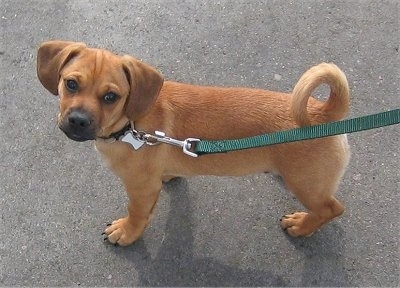 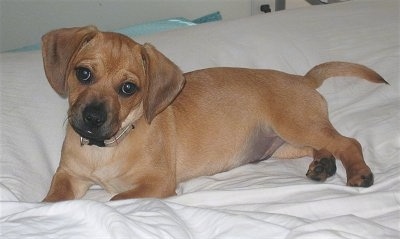 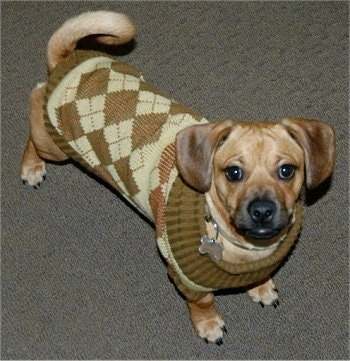 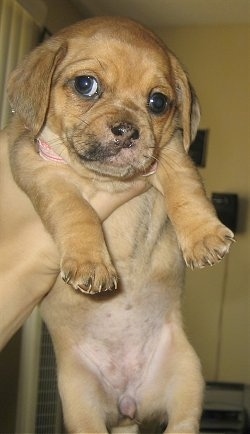 Zoë the Daug (Dachshund / Pug mix breed dog) puppy at about 8 weeks old—"Zoë, my almost 8-week-old Daug puppy (Dachshund / Pug mix); the mother is a purebred miniature Pug and the father is a purebred, shorthaired dappled Dachshund. She is the smallest of the litter (there were three). She is extremely curious and friendly like her mom, but loves to sleep and cuddle on laps like her dad." 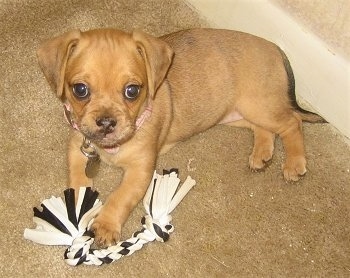