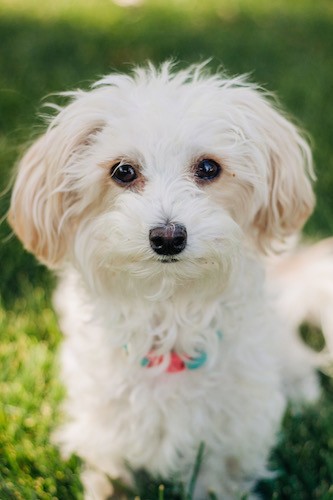 The Malti-Poo is not a purebred dog. It is a cross between the Maltese and the Poodle . The best way to determine the temperament of a mixed breed is to look up all breeds in the cross and know you can get any combination of any of the characteristics found in either breed. Not all of these designer hybrid dogs being bred are 50% purebred to 50% purebred. It is very common for breeders to breed multi-generation crosses. 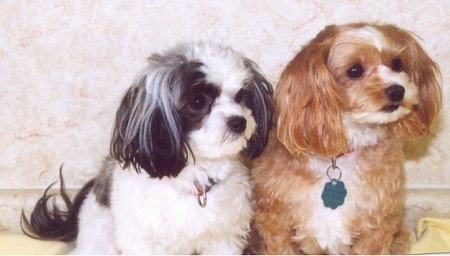 This is Caesar (left)—his is dad is a Maltese, his mom is a Malti-Poo and Chantelle (right)—her dad is a Poodle, mom a Maltese. Photo courtesy of Gerry and Norma Westgard 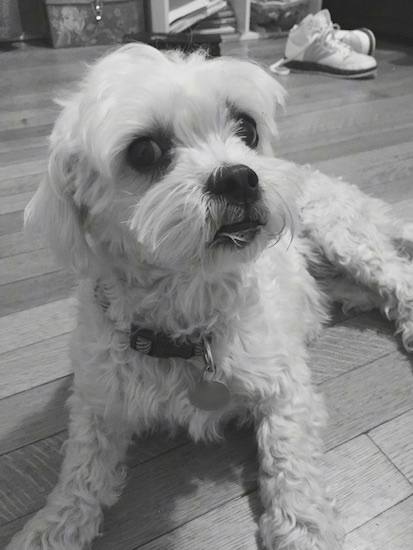 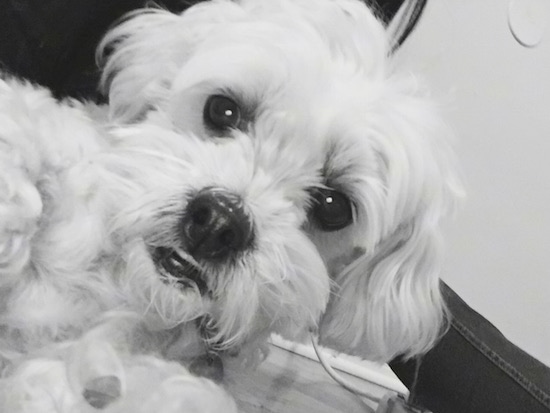 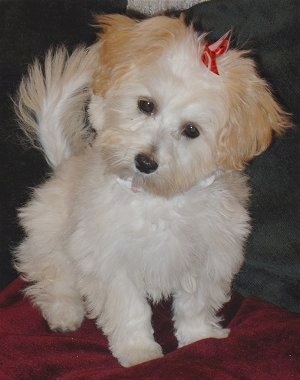 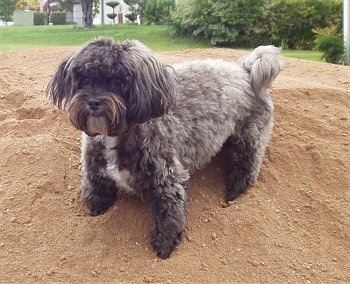 Elvis the adorable Maltipoo up on the dirt mound 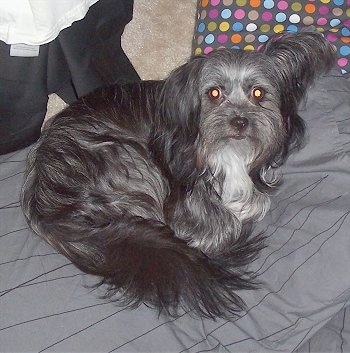 Darla the Malti-poo with a straight black coat 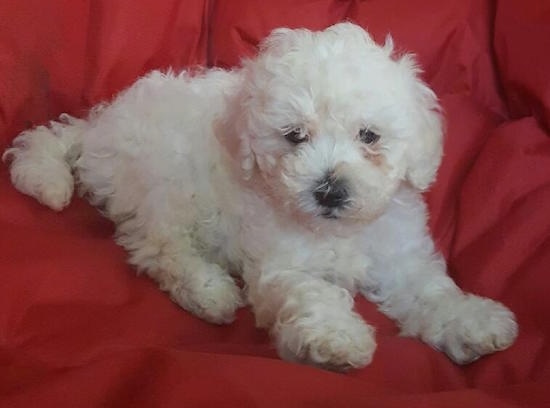 Bella the Maltipoo as a puppy at 8 weeks old—"Bella is a tiny 8-week-old Maltipoo! She loves to cuddle and give kisses. For the most, she is very calm BUT playful!! Playtime is her favorite! ESPECIALLY if there are kids around! :)" 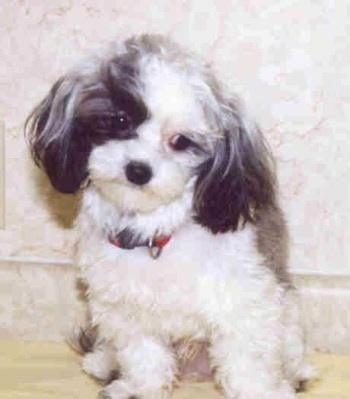 This is Caesar. His dad is a Maltese, his mom is a Malti-Poo. Photo courtesy of Gerry and Norma Westgard 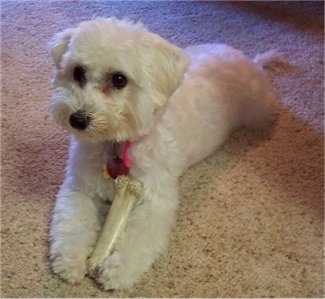 See more examples of the Malti-Poo