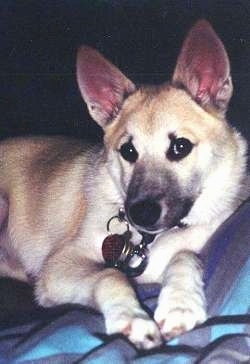 The Norwegian Buhund is a spitz type dog of medium size. The muzzle is the same length as the skull with a well-defined stop. The nose is black. The oval shaped eyes are dark with black eye rims. The prick, medium sized ears are erect and are very mobile. The tail is tightly curled over the back. The coat comes in wheaten or biscuit, ranging from light to yellowish red, black and wolf-sable. The outer coat is smooth and harsh, while the undercoat is soft and wooly. The feet are small, oval shaped and webbed.

The Norwegian Buhund is vigilant, cheerful, active, untiring, intelligent and attentive. Very affectionate, it loves giving kisses and snuggling. This breed needs physical and mental stimulation and require consistent, firm leadership as it can be headstrong if it senses its handlers are not as strong minded as itself. These dogs like to be taught and learn very quickly. A natural watchdog, the Buhund is brave and vocal but not aggressive. It is unlikely to bite or snap unless provoked and led to believe it is alpha over the humans as a result of lack of leadership. Buhunds love their family and are known for their fondness of children. It is an ideal size for a house dog and a great people lover. This is a very trainable breed. The Norwegian Buhund is very active and needs a lot of exercise. It needs obedience training to establish reliable manners. If your dog tends to bark at you when it wants something it is a sign that your dog believes he is above you in the pack order, and you not only need to hush him, but you also need to reevaluate your canine to human leadership skills. A dog that believes he is alpha can be very stubborn. May try to herd humans and needs to be taught this is not acceptable.

The Norwegian Buhund would do best living in a house with at least a small fenced-in yard. These dogs are very active and should get plenty of chances to exercise. They can, however, live in an apartment if extra care is given for sufficient exercise and the apartment is fairly big for the dog to move around.

This is a very active breed that needs to be exercised every day, with a long, brisk walk or jog. While out on the walk the dog must be made to heel beside or behind the person holding the lead, as in a dog's mind the leader leads the way, and that leader needs to be the human. In addition, they greatly enjoy sessions of play.

The Buhund has a medium to short easy-care coat that does not mat or tangle when it sheds. The coat should be brushed regularly and needs extra care during shedding season. This breed is a seasonal heavy shedder.

In the ancient Gokstad excavation in Norway, where a Viking grave from about the year 900 was opened, skeletons from six dogs of various sizes were found. They turned out to be the representatives of modern-day Buhunds. When Vikings died, their most cherished and necessary possessions were buried alongside their owners. This was to care for the Vikings in their afterlife. These Buhunds, who protected farms (bu) and herded cattle and sheep, were expected to continue these duties in the afterlife. It has been documented that these dogs traveled with Vikings on their many journeys, by sea and by land. The more refined, beautiful type we see today was nurtured in the rainy western coastlands of Norway where it herded sheep and guarded farms. Due to the initiative of Norway's state-counsel John Saeland, the first Buhund show was held at Jaeren in the 1920s. The Norsk Buhundklubb was established in 1939. Toralf Raanaas was the first president. These men selected the very best for show, breeding and workability. Besides working ability, Buhunds are trained to aid the hearing handicapped, perform some types of police work, and score well in obedience and agility trials. In olden times they hunted bear and wolf. Today they work with livestock and guard home and family. The Buhund is considered by many researchers to be the easiest of the spitz breeds to train due to its innate desire to please plus its quick learning aptitude. Its spitz independence is an asset if it has to be left alone for a while. The Norwegian Buhund was recognized by the AKC in 2009. 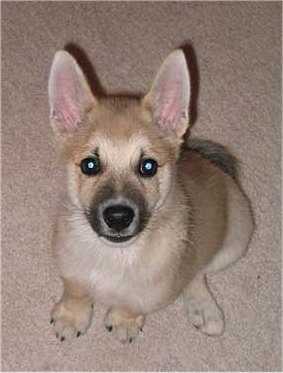 Jax the Norwegian Buhund as a puppy at 2 months old 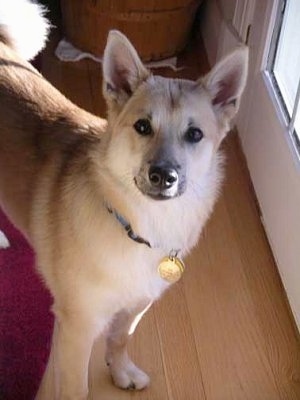 Jax the Norwegian Buhund as a puppy at 5 months old 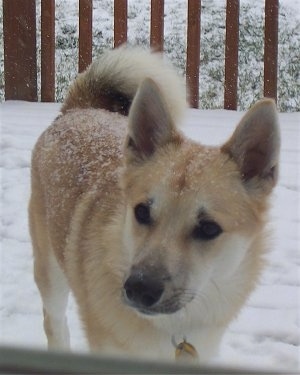 Jax the Norwegian Buhund at 7 months in the snow 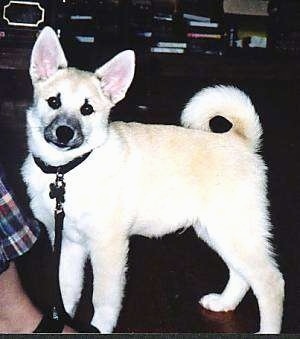 This is three-month-old Jasper the Norwegian Buhund puppy. 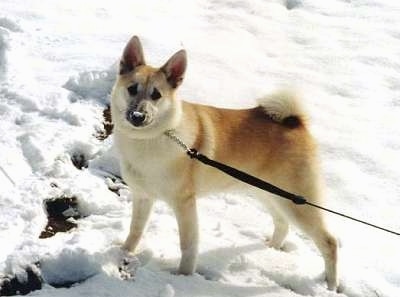