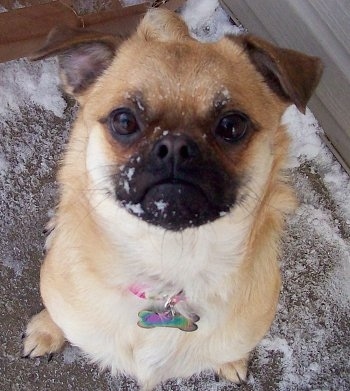 "Lil Dixie-Belle! She is a 1-year-old Pug / Pomeranian (Pom-A-Pug), weighing 14 pounds. She is an awesome dog and great with people, especially kids."

The Pom-A-Pug is not a purebred dog. It is a cross between the Pomeranian and the Pug. The best way to determine the temperament of a mixed breed is to look up all breeds in the cross and know you can get any combination of any of the characteristics found in either breed. Not all of these designer hybrid dogs being bred are 50% purebred to 50% purebred. It is very common for breeders to breed multi-generation crosses. 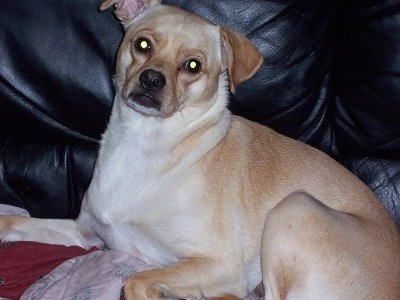 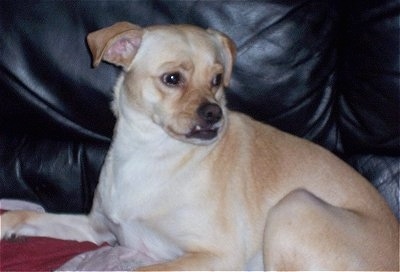 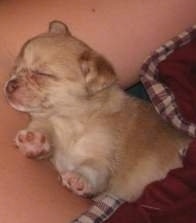 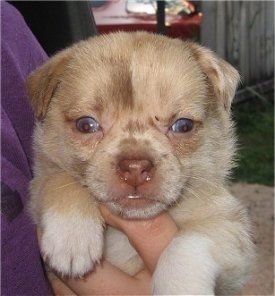 Sugar the Pom-a-Pug (Pomeranian / Pug hybrid) puppy at about 7 weeks old—"The reason she is spotted and has blue eyes is because she has merle Pomeranian in her."