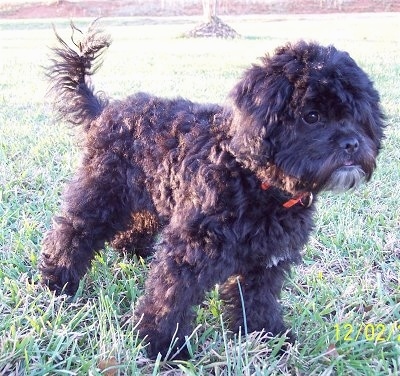 Hughie the Poochin puppy at 4 months old—"Great personality, gets along wonderfully with other dogs and cats. Great with children so far. Very loyal and obedient. He was bred with a Miniature Poodle and Japanese Chin."

The Poochin is not a purebred dog. It is a cross between the Japanese Chin and the Poodle. The best way to determine the temperament of a mixed breed is to look up all breeds in the cross and know you can get any combination of any of the characteristics found in either breed. Not all of these designer hybrid dogs being bred are 50% purebred to 50% purebred. It is very common for breeders to breed multi-generation crosses. 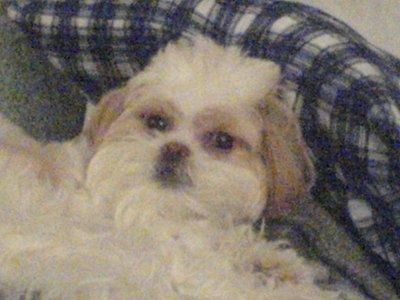 "Lucy-Lu is a Poochin (Toy Poodle / Japanese Chin mix breed dog). She is a spayed female, 2 years old in this picture." 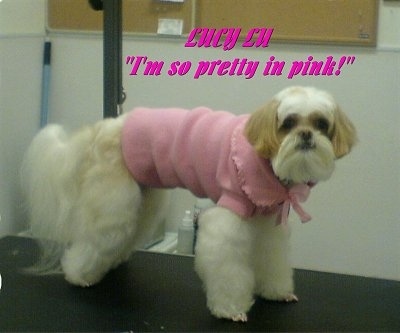 Lucy Lu the Poodle / Japanese Chin mix breed (Poochin) after being groomed—"She hates clothes but she's so pretty in pink!" 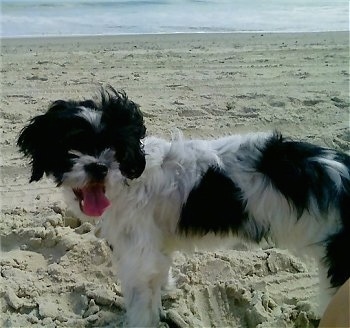 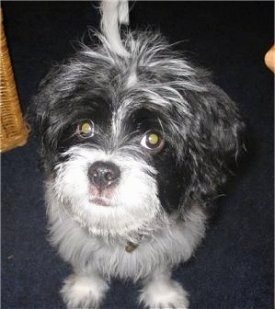 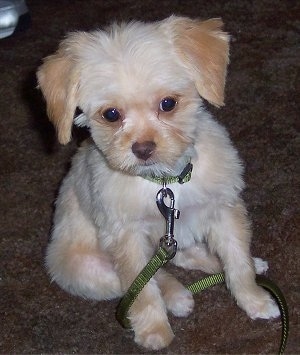 Rosco the Poochin puppy at 2 months old, weighing about 2 pounds— "He is the sweetest dog I've seen in a long time." 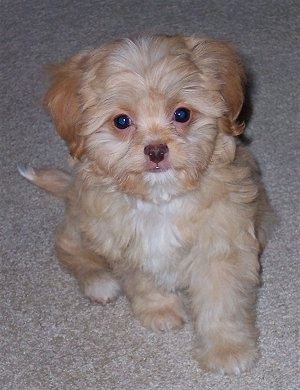 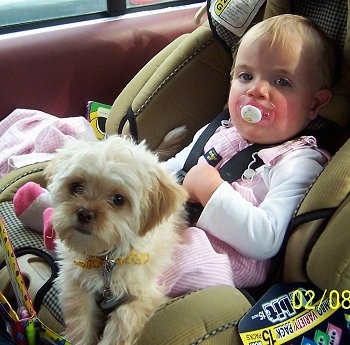 Rosco the Poochin puppy at 5 months old on a road trip—"They did very well together, even though the baby was only 13 months old and Rosco was just shy of 5 months. He is so gentle with her. He gets along well with other dogs and is very smart. He was taught to sit, lie down, fetch and shake paw, all before he was 4 months old! He was also fairly easily housetrained. A real cuddle-bug, too." 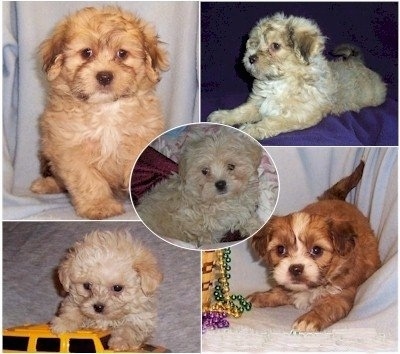 Photo courtesy of Winter Past Kennel