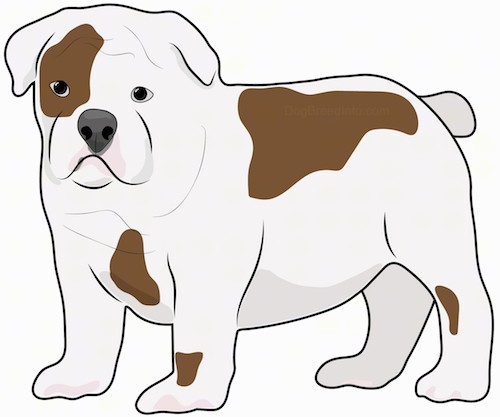 These dogs were an average weight of around 15 lbs and resemble a miniature English Bulldog in the early variations. They could have been any color including white, brown, beige, or a variety of many colors. Some had spots and others were solid. The early version of this breed had floppy ears while later they were more prone to have ears that stood straight up. They were small, stocky, and had muscular legs for their small size. Their snouts were squished and they tended to snort a lot. They often had wrinkles and/or loose skin. They had short coats and a very short tail, often their tail was just a nub or a circle shape.

These dogs were known to be very friendly toward all humans and loved playing with young children. They were smart, easily trained, and loyal to their owner. Known to have a quirky personality, they would entertain families easily.

Because both of the Toy Bulldogs ancestor breeds are known for health issues, this breed may have had hereditary issues. These may have included slight blindness, trouble breathing, heart issues, or they may also have been prone to obesity.

They should have been walked regularly in order to become a well balanced and behaved dog.

These dogs had a short coat and only required grooming and bathing when necessary.

The Toy Bulldogs ancestors were either the Mastiff or the Bandogge and bred to be smaller than both of those breeds. Mastiffs were originally as war dogs because of the strength of their muscled legs and strong jaw. Over time, the Mastiff was used more as a guard dog or on farms in order to herd bull and became less known as a war dog.

Eventually, these two variations were further known as different breeds although it is unclear when this split officially happened. The first evidence of the distinct split between the Mastiff breeds was written in 1631 within a note between two friends. In this letter, he mentions the dogs separately saying that he would like both Mastiff and Bulldogs.

During the 17th and 18th century, bulldogs became one of the most common breeds in Britain, especially because they were used the most for the bull-baiting sport. Besides being popular in Britain, Bulldogs also traveled the world with sailors and became popular across the world. By the early 1800’s bull-baiting along with other cruel, bloody sports were beginning to become banned. At this time however, dog fighting was still legal and Bulldogs were often used and trained for dog fighting. This allowed for the Bulldog to continue to spread across the world.

Sometime in the 19th century, Bulldogs were becoming known as companion dogs and kept solely for that purpose. Because people prefered companion dogs to be smaller, they started breeding the Bulldog with smaller breeds such as pugs or terriers. These smaller dogs were less frightening, more playful rather than fierce and they had a stockier body with longer backs and shorter legs. The average weight was commonly 8 lbs. These small Bulldogs would be known as Toy Bulldogs and were popular among factory employees where they lived in small quarters. By the 1850’s, Toy Bulldogs became popular across the region and there were moves to standardize many popular british dog breeds at the same time.

Eventually, the Toy Bulldog became rare in Britain and became more and more popular in France. Toy Bulldogs that were left in Britain were not considered to fit the Bulldog standard and were rare. This breed officially went extinct sometime between 1905–1925.

Today, the larger English Bulldogs are still popular world wide. There are many breeders who are attempting to recreate a breed similar to the now extinct Toy Bulldog. Many breeders today are creating this new breed by mixing small bulldogs with other petite breeds or they are breeding small bulldogs with other small bulldogs to keep the size down. These new breeds are not exactly like the Toy Bulldog from the past although they are quite similar. Kennel Clubs do not recognize these new breeds yet although they may start to consider them as their own breed in the near future. 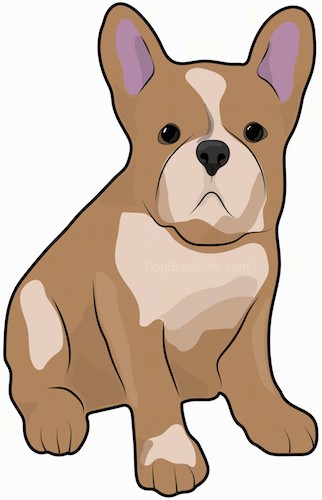