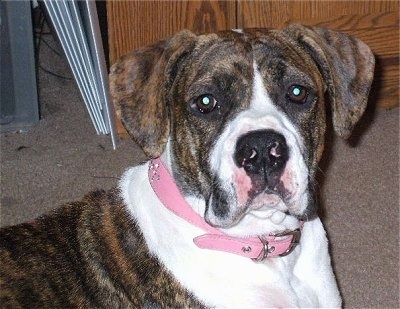 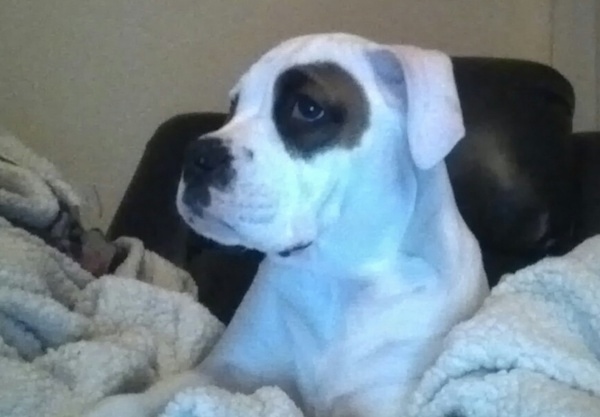 Mia the Bulloxer as a 6 month old puppy—"We brought Mia home at 9 weeks. Never had this mix breed before. We've had two Keeshonds in the past 24 years. Mia is absolutely adorable! She loves everyone, loves sticks, rocks, old lemons from our tree (she barks at those). She loves walking, playing with other dogs and traveling. She is spoiled and knows how to manipulate us already. She is like our first grandchild. Easy to train both tricks and potty. We just love her." 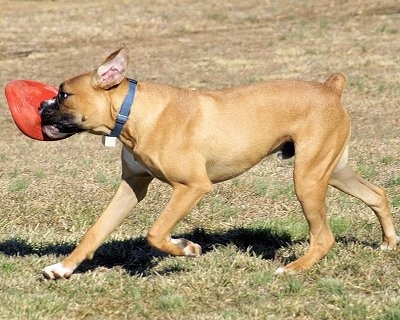 Khaos the Bulloxer at 7 months old playing with his frisbee 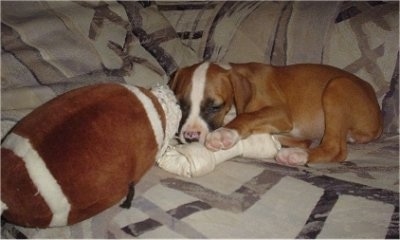 Koko the Bulloxer puppy at 10 weeks old sleeping with his bone and toys. 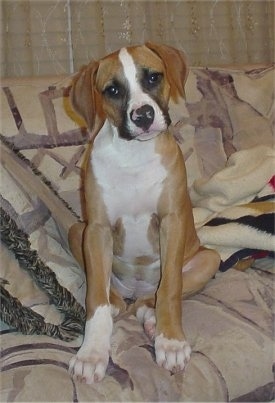 Koko the Bulloxer puppy at 6 months old—"She is a wonderful addition to our family. Her mother was an American Bulldog and her father was a fawn Boxer. At 6 ½ months old she weighed approx. 55 lbs. We couldn’t ask for a better family member!" 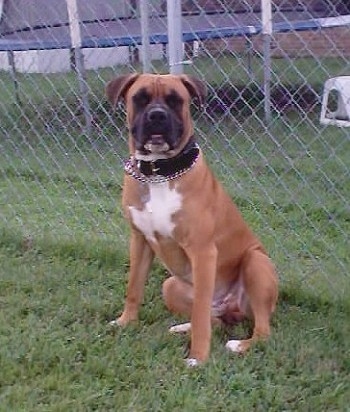 Max's father was a rather large American Bulldog (120 lbs.) and his mother was a small brindle Boxer (35 lbs.). 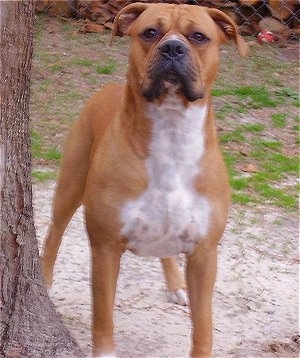 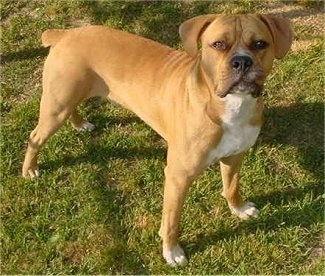 Tyson is a Bulloxer, which is a mix of an American Bulldog (father, white) and Boxer (mother, fawn and white). He was 9 months in this photo. 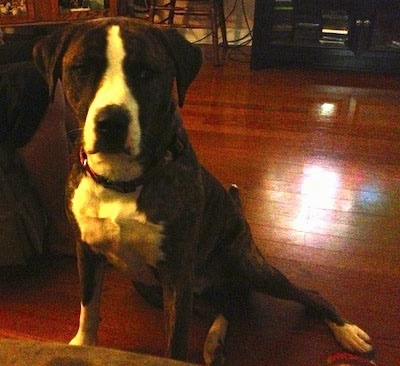 Sam the Bulloxer at 3 1/2 years old sitting in the living room. 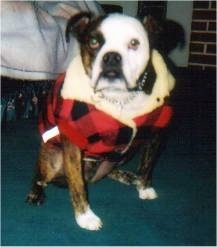 This is a four-year-old Bulloxer named Sam. Sam lives in Nova Scotia, Canada. He is getting ready for hunting season!!

Brice the Bulloxer at 8 months old 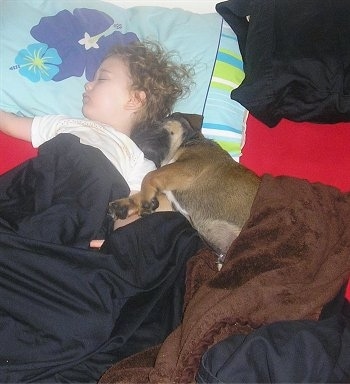