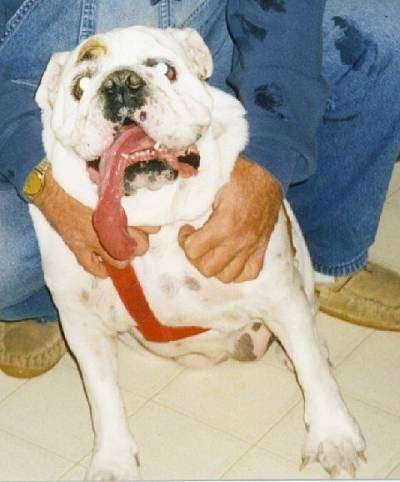 This is Babyface the English Bulldog at 5 years old. Notice the tongue hanging out? Her tongue is always hanging out to the right side. She has a condition called Macroglossia, which means she has an abnormally large tongue. 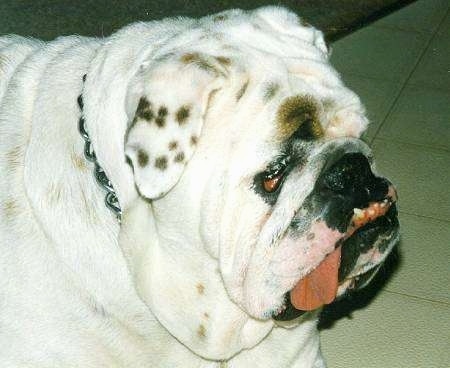 That one-to-two inch tongue hang-out is normal for her. The vet told Babyface's owners that her tongue is simply too long for her mouth. It NEVER goes all the way in. 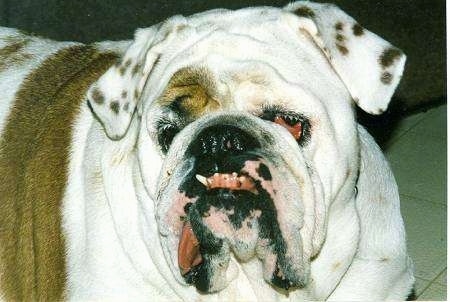 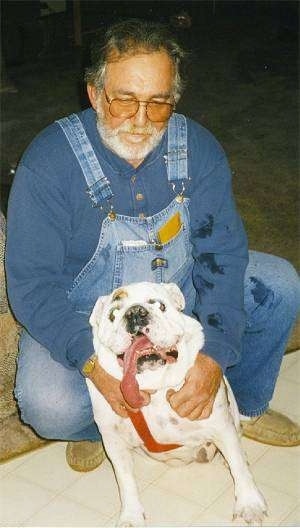 She is unable to lick her nose or her owner's face, the latter being a good thing with the slobber puss. To watch her drink with a sideways motion is also a interesting!