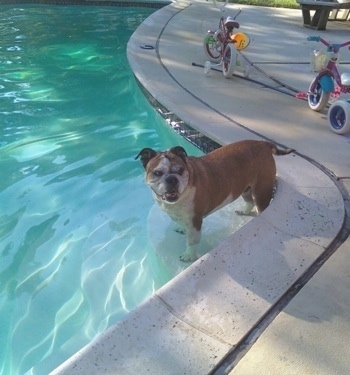 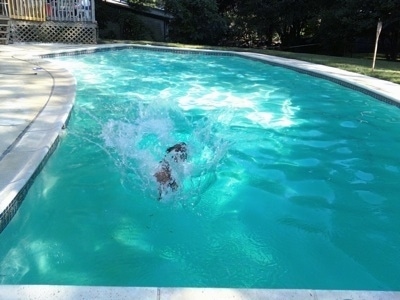 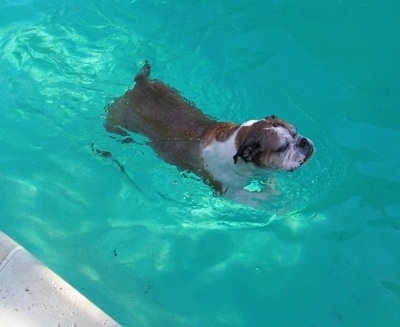 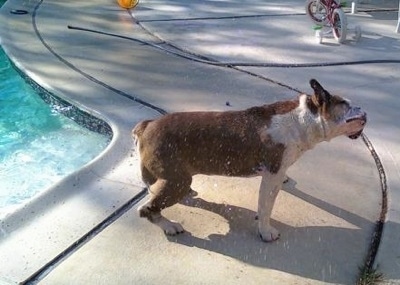 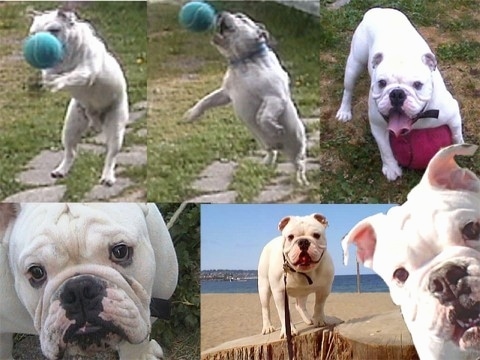 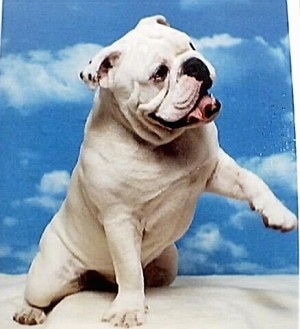 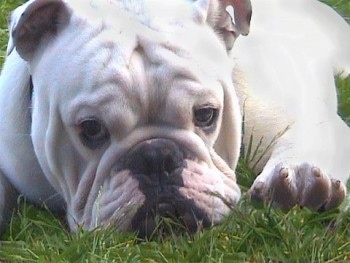 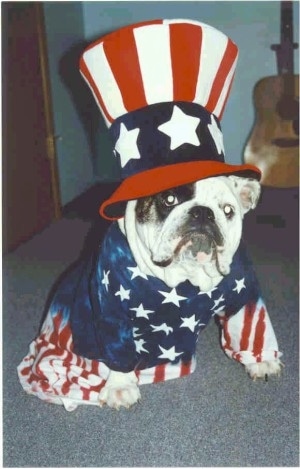 Mugzy the Bulldog being patriotic in his red white and blue 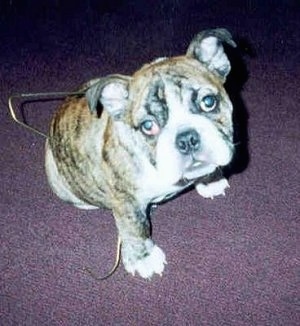 "Pudge likes to go in closets and one day she was nowhere to be found until she walked out with this and it was all the incriminating evidence I needed. :) Of course, she got away with it cause she had "cherry eye" and was not feeling well...OK, she gets away with everything." 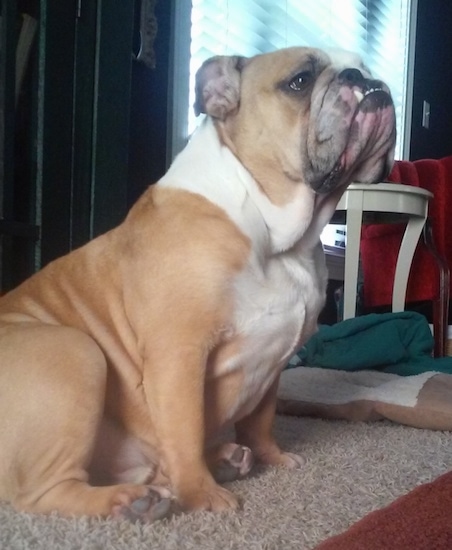 Mowgli the English Bulldog at 4 years old—"We adopted this loveable guy at age 4. He's so sweet and gentle. He gets so much love from us and our four kids and gives us the same attention and love right back. A very mellow and gentle dog. He also loves peanut butter and a daily short walk. Yes, he snores so much it's sometimes comical. No health issues so far!" 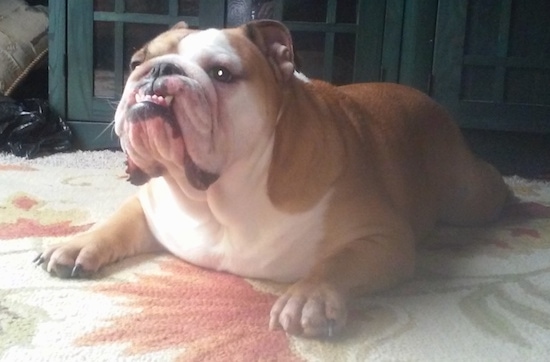