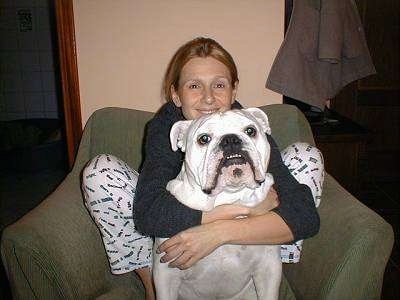 I'm Clarence, a 14-month-old Bulldog. I own a human family. They live with me. 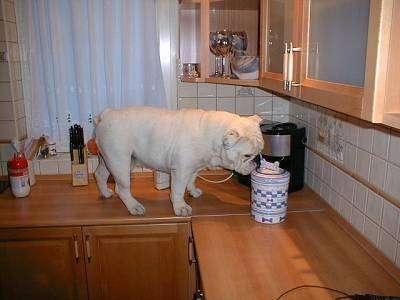 One day I was out exploring the house when my human walked in. "Clarence!" She yelled, "Get off the counter!" She was pretty mad. 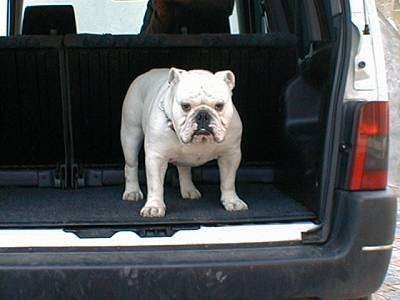 She put me into the back of the car. She said if I could not behave it was the doghouse for me. 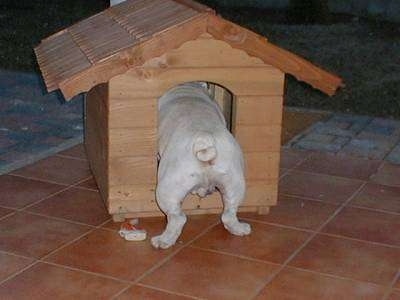 Well, we got home and she put the doghouse outside for me to look at. I know she was hoping I would jump for joy and love it. 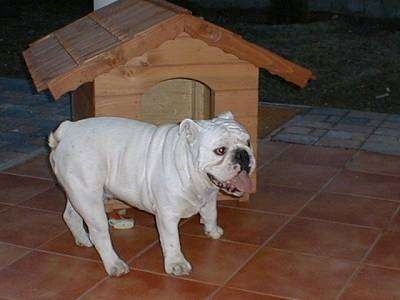 But, what do humans know! 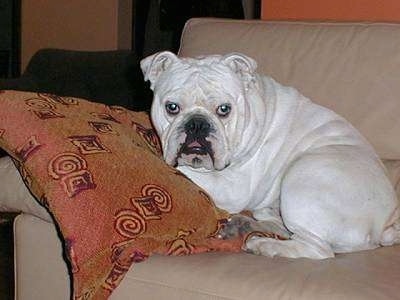 I hope my human is comfortable out there. I gave her a snuggly blanket and a fluffy pillow. Oh well, she'll be just fine. I'll feed her in the morning.