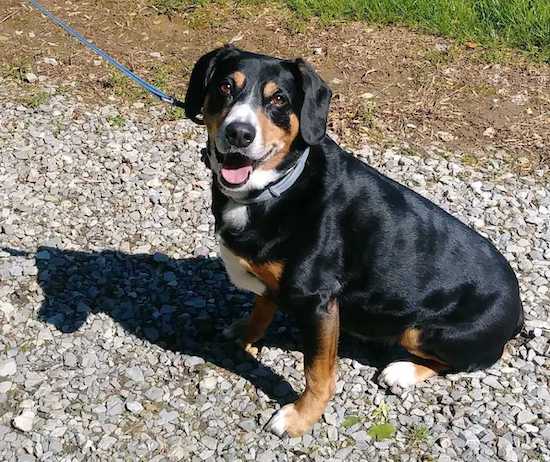 The Entlebucher Mountain Dog is a square, sturdy dog with typical working dog features. It has small, triangular ears and rather small, lively brown eyes. The head is well proportioned to the body, with a strong, flat skull. The long jaw is well formed and powerful. The feet are compact, supporting its muscular body. The smooth coat is close and harsh with symmetrical markings of black, tan and white. This tricolor coat has white on its toes, tail-tip, chest and blaze; the tan always lies between the black and the white. It has muscular, broad hips. The hocks are naturally well angled. The tail is sometimes docked.

The Entlebucher Mountain Dog is a people-dog that loves to be surrounded by his people and friends. Alert and very eager to please, it was first used as a cattle driver; today it is used as a livestock guarder and a companion. The Entlebucher needs a firm, but calm, consistent pack leader who can properly communicate with the canine animal.

The Entlebucher Mountain Dog is not recommended for apartment life.

This breed needs to be taken on daily walks or jogs, where the dog is made to heel beside or behind the human holding the lead, as instinct tells a dog the leader leads the way, and that leader needs to be the human.

An easy-groom dog. Regular brushing will due. This breed is an average shedder.

The Entlebucher is named after a town and region in the Swiss canton of Lucerne. It is the smallest of the Swiss mountain dogs. While its origin is not certain, it is thought to be descended from the fighting and guarding mastiffs of the Roman legions. This breed is popular in Switzerland, but is rarely seen outside its native land. This rare breed was saved by the diligent efforts of Franz Schertenleib. Schertenleib heard of the many different Swiss mountain dogs that existed. In the 1800s, with the help of a Zurich show judge, Professor Albert Heim, Schertenleib scoured the Swiss Countryside searching for mountain dogs before they became extinct. 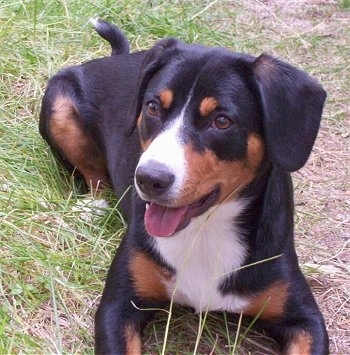 Shasta the Entlebucher at 2 years old—"Shasta is a wonderful dog; very obedient and definitely knows she is part of our family. She can't get enough cuddles; she loves to approach everyone on the street for a petting!" 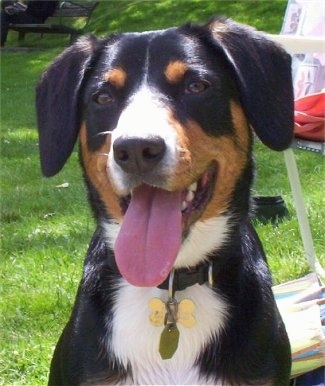 Shasta the Entlebucher at 1½ years old 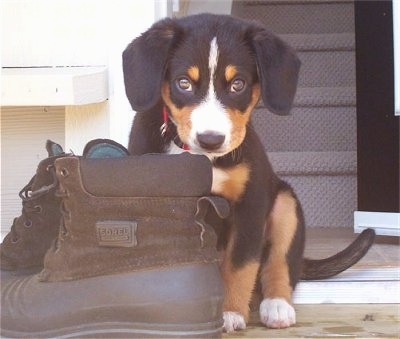 Shasta the Entlebucher puppy at 9 weeks old ready to get into trouble! 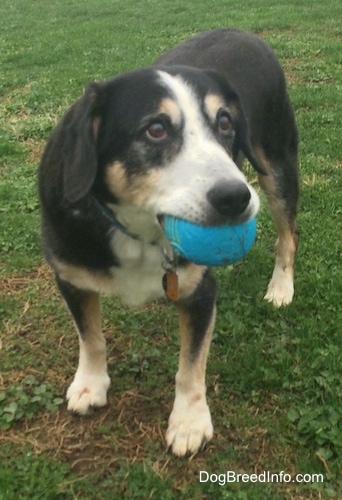 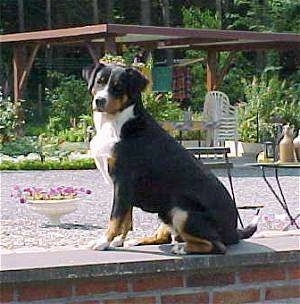 This is Xanti the Entlebucher Mountain Dog of Ambers Pride, from Belgium. 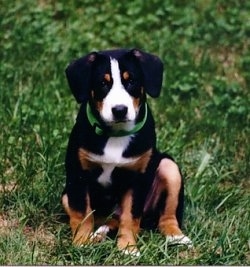 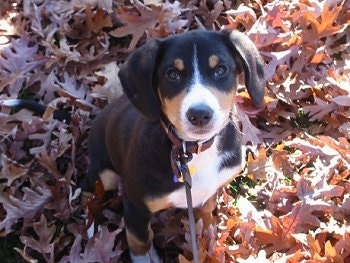 Lucy the Entlebucher Mountain Dog from Moratel Kennels as a puppy at 3 months old, photo courtesy of Allyson McOuat and Chris Smith 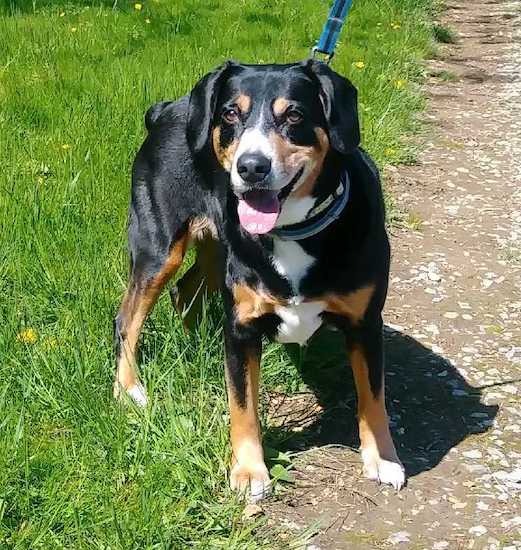 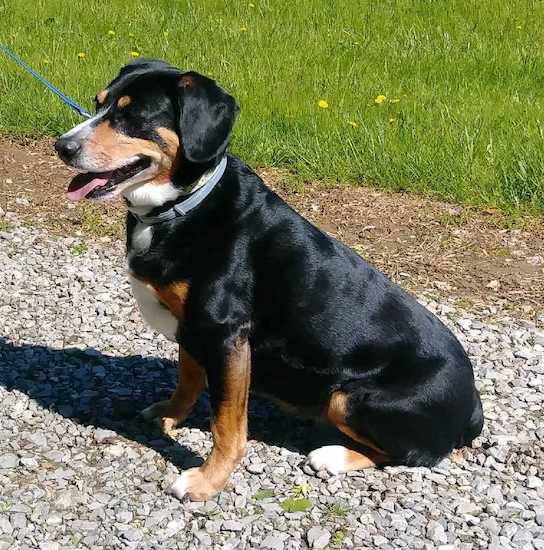