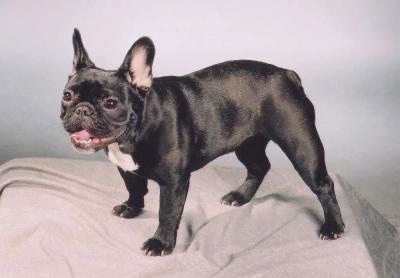 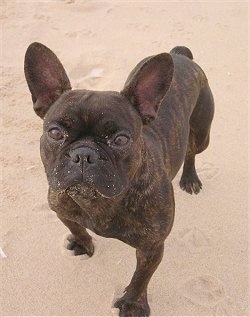 Mimi the French Bulldog is a very athletic, calm and gentle female. She is sometimes scrappy with other dogs, even if they are very big. She can walk/run 6 miles (10.8 km) on the beach, chasing seagulls. She is excellent with children. 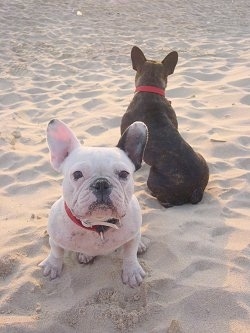 Mimi (back) and Rosa (front) (rose in Portuguese)—while a lot of Frenchie owners say their dogs cannot swim, Mimi and Rosa's owner reports that both can swim and considers them to be very sporty for their size. Both dogs reside in Portugal. 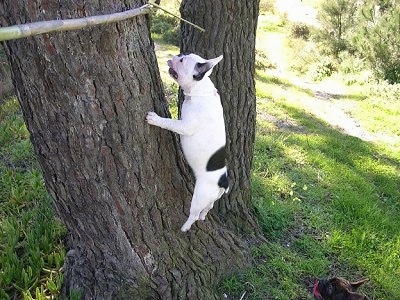 Rosa the white and black French Bulldog climbing up a tree. 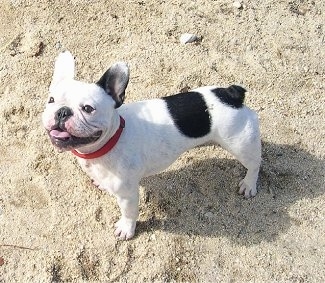 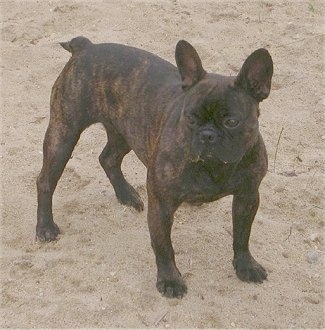 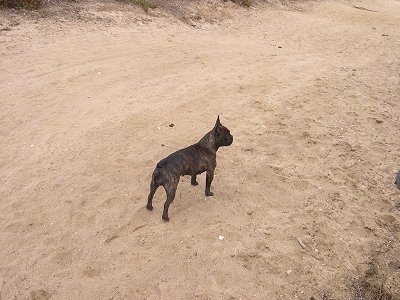