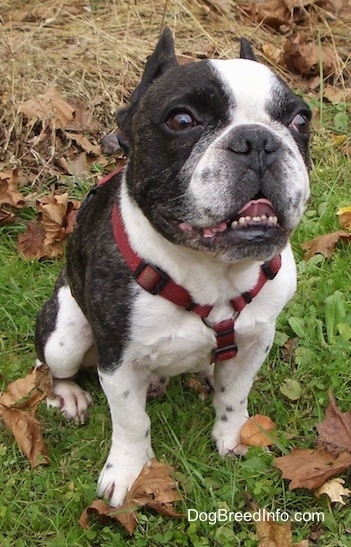 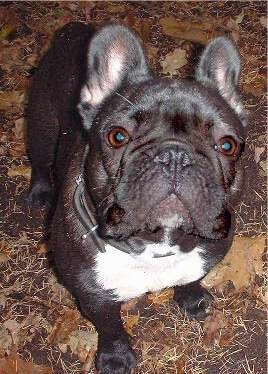 I just turned 1 year old! On my birthday my Frenchie friends and I had a blast in the woods! 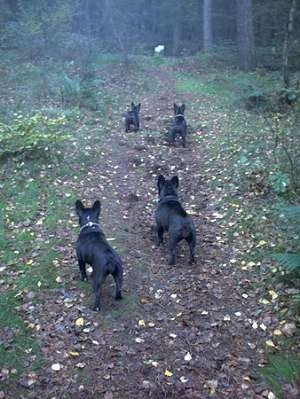 A pack of French Bulldogs having fun in the woods. They all spot something in the distance. 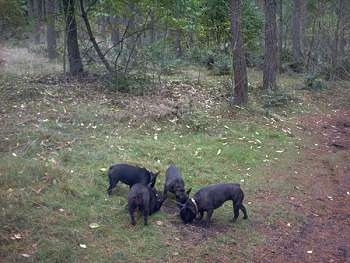 A pack of French Bulldogs sniffing out something interesting 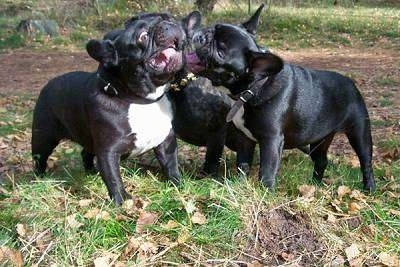 Dot, Lotje and Mickey, the three Musketeers—Dot (11 months) is the one on the left and on the right is Lotje (5 months). I am afraid that you can't see much of Mickey, who is in the middle. 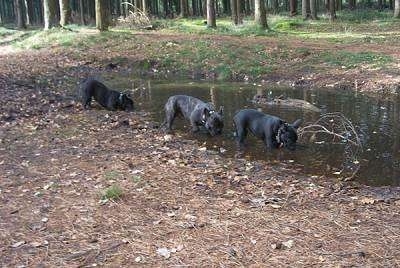 Dot, Lotje and Mickey—Dot's owner writes, “Dot is one of the sweetest dogs I have ever had. She loves life and people love her, she brings smiles on everybody's face. One of her closest friends here in the neighborhood is Sarah, an English Bulldog puppy of 5 months. Bulldogs play different than most dogs. Sometimes it is like watching Japanese Sumo wrestlers; it is so beautiful to watch!” 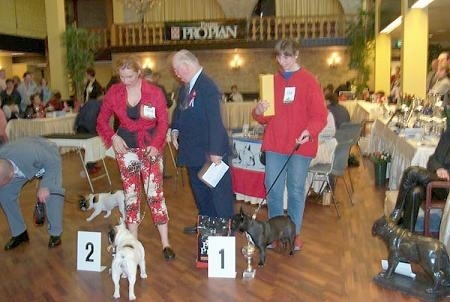 Dot won the FIRST place in her class in her very first show!!!