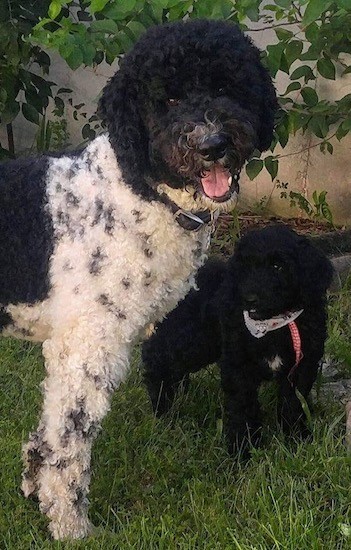 The Giant Schnoodle is not a purebred dog. It is a cross between the Giant Schnauzer and the Standard Poodle. The best way to determine the temperament of a mixed breed is to look up all breeds in the cross and know you can get any combination of any of the characteristics found in either breed. Not all of these designer hybrid dogs being bred are 50% purebred to 50% purebred. It is very common for breeders to breed multi-generation crosses. 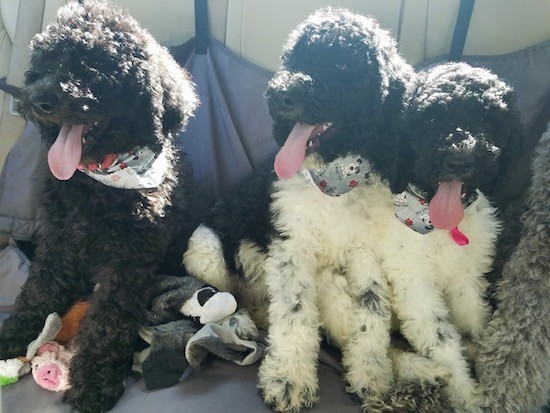 A litter of Giant Schnoodle puppies 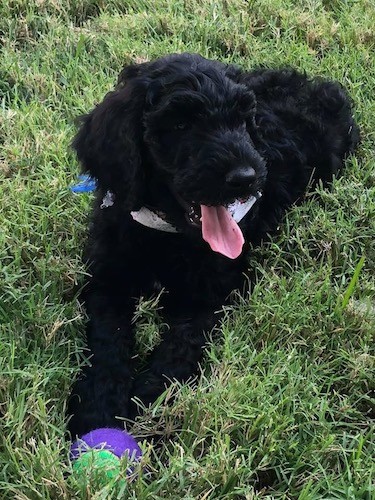 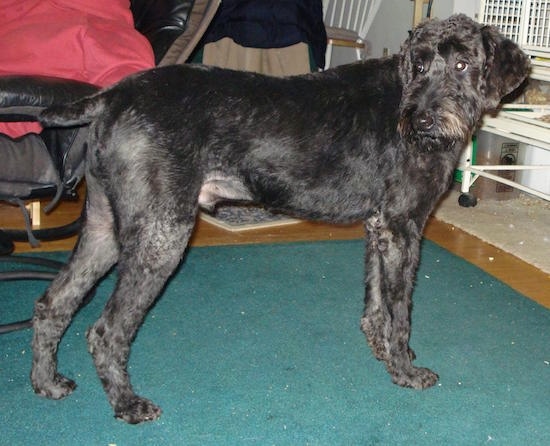 Moose the black Giant Schnoodle at 4 years old with his coat groomed short—"Moose is doing so well and at 1 year old he was done with the crate and was able to be trusted with free range of the house and yard. He is so loyal and absolutely protective over my family members that it amazes me. He is just a sweetheart now and is so calm. He's perfectly content sleeping all day and night and just lounging around the house. Nobody that has met him has disliked him. He gets along great with my neighbor's 3 kids (ages newborn to 6 years old) and our cats. He is just outstanding. I cannot begin to express how satisfied I am with him." 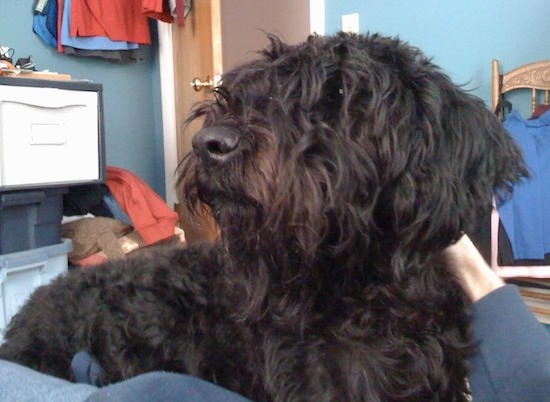 Moose the black Giant Schnoodle at 4 years old with his coat grown out long, laying down on the bed 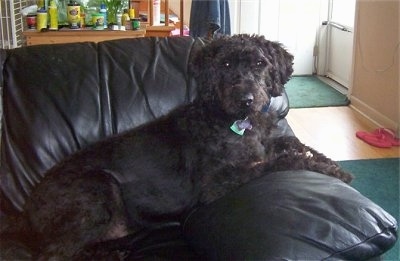 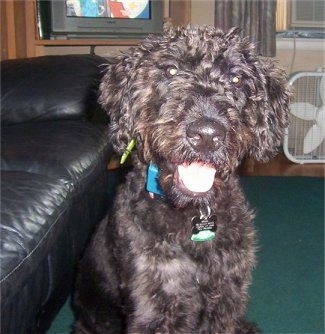 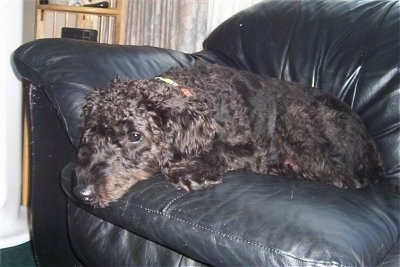 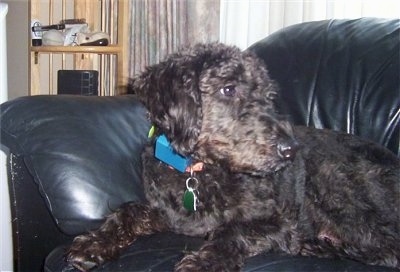 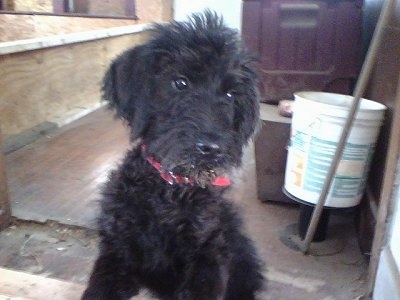 Moose the Giant Schnoodle puppy at 5 months old—"I'm 5'8" and when he is standing on all 4 feet, his shoulders are up to my knees (about 1.5 feet) and when on his hind legs, his feet come up past my hips (about 3.5 feet). He is very active and races around the house every night at 9 o'clock. I don't have a problem with it though because we used to have a standard Poodle. I am quite pleased with him. He learns quickly and is always so eager to please me. He is very attentive. He is good around my horses. He learned the command ‘sit’ within 2 days of his arrival at my home. We had him housebroken by the age of 3 months. I think that is very good considering he was 2 months old when we got him. He settles down quickly at night and falls asleep instantly. I would recommend a Giant Schnoodle to anyone who lives a somewhat active lifestyle. His name is moose. He also knows "leave it," "stay," "down," and "NO."" 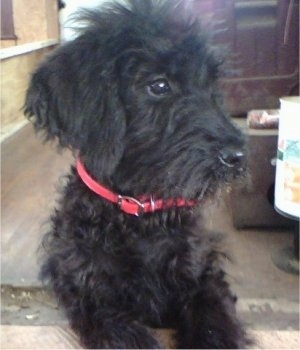 Moose the Giant Schnoodle as a puppy at 5 months old