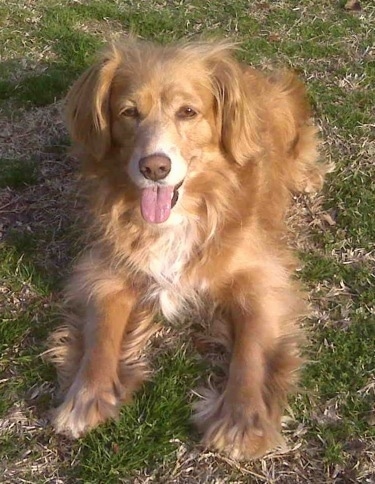 Cocker Spaniel / Golden Retriever hybrid (Golden Cocker Retriever) "Zoe is a 7-year-old Cocker Spaniel / Golden Retriever hybrid. She is a very loving and still very playful dog. She is very smart! She can sit, shake, lie down, roll over and beg. Zoe loves to play fetch! She is great with all people and kids, no matter how big or small. She loves other animals. She has been the best dog I have ever had! She is about 17" tall and 22" from neck to tail. She weighs about 40 pounds now that she has been spayed. Before she was spayed, she weighed about 33 pounds. She is beautiful!"

The Golden Cocker Retriever is not a purebred dog. It is a cross between the Golden Retriever and the Cocker Spaniel. The best way to determine the temperament of a mixed breed is to look up all breeds in the cross and know you can get any combination of any of the characteristics found in either breed. Not all of these designer hybrid dogs being bred are 50% purebred to 50% purebred. It is very common for breeders to breed multi-generation crosses. 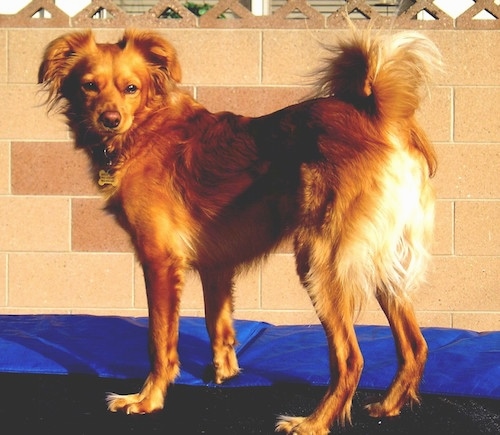 "This is Rusty. We got him from some people who didn't take very good care of him. He's 2 and a half years old in this picture and  he is a Golden Retriever / Cocker Spaniel mix. This dog is an amazing athlete and can run non stop for a long time and has powerful hind legs for jumping. He does not have the swimming ability like our 8 year old Golden Retriever, Rosie. He is the nicest dog you can ask for, he's always up to play, never bites, loves playing with other dogs, and always wants to get outside the house. Great family dog!" 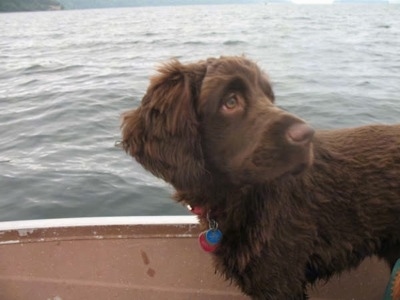 "This is Cookie at 7 months old. She loves to go fishing and swimming. When I put her out in her run to play she will call me when she's ready to come in by saying 'mama.' She likes to fetch her ball and wubba but hates the Frisbee." 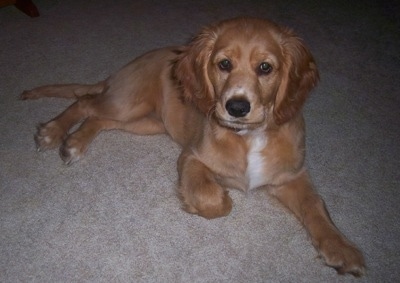 Callie the Golden Cocker Retriever, which her breeder calls a "Dakota Sport Retriever," as a puppy at 4 months old—she is 50% Golden Retriever, 25% American Cocker and 25% English Cocker. "Callie is a light gold second generation Golden Cocker Retriever—meaning both her parents were already a mixture of a Cocker Spaniel and a Golden Retriever. She does have some English Cocker Spaniel in her too. She is a very sweet, smart, playful puppy. She is an excellent playmate with my 2½-year-old daughter and my older daughters love her, too. She loves to carry around sticks when she is playing outside and enjoys going on a walk. She is content to sleep in her indoor doggy kennel-bed at night. She went for her first ½-hour jog the other day and did wonderfully. I couldn't imagine a better family pet!" Bred by Dakota Winds Ranch Callie the Golden Cocker Retriever, which her breeder calls a "Dakota Sport Retriever," as a puppy at 9 weeks old—she is 50%Golden Retriever, 25% American Cocker and 25% English Cocker. Bred by Dakota Winds Ranch. 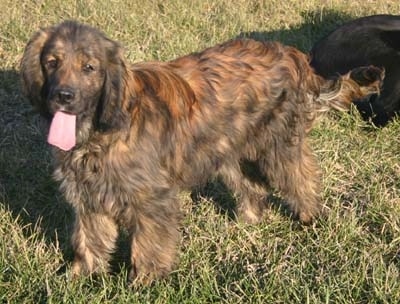 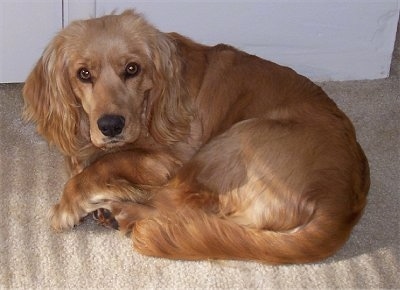 Primo the Golden Cocker Retriever at 3 years old—?"Primo looks just like the purebred Golden Retriever that lives next door, just a whole lot smaller. He's got the gentle disposition of his Golden Retriever friend and the up-beatness of a Cocker Spaniel." 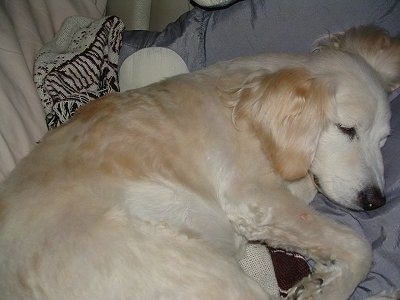 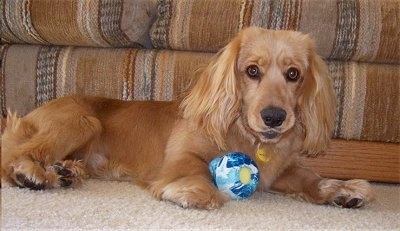 Lucky (nicknamed Goomba) the Golden Cocker Retriever at 15 years old—her owner says, "She is beautiful and very healthy for her age. Her favorite food is bar-b-q and will jump off the walls until midnight!" 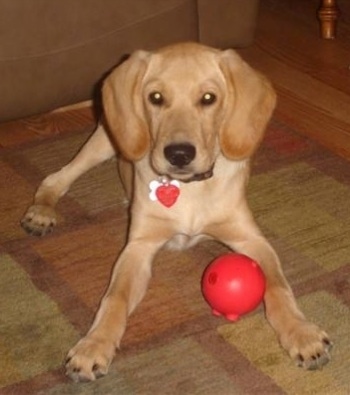 "Tucker is a 2nd generation Golden Cocker Retriever. I got Tucker from a breeder. He was the only shorthaired puppy in the litter. The breeder did not know why he came out shorthaired, so a DNA test was done. His sire was, in fact, his sire. There is no reasonable explanation why he has short hair, other than he just does! He is a great little dog and a very sweet puppy. He is very gentle, loving and sweet."