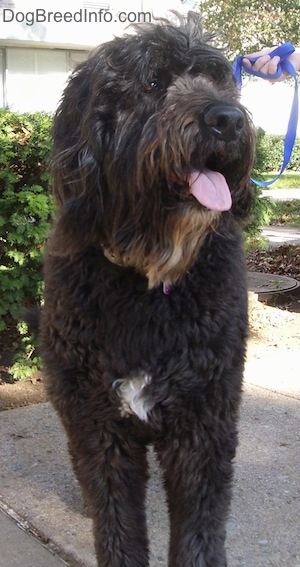 The Saint Berdoodle is not a purebred dog. It is a cross between the Saint Bernard and the Poodle. The best way to determine the temperament of a mixed breed is to look up all breeds in the cross and know you can get any combination of any of the characteristics found in either breed. Not all of these designer hybrid dogs being bred are 50% purebred to 50% purebred. It is very common for breeders to breed multi-generation crosses. 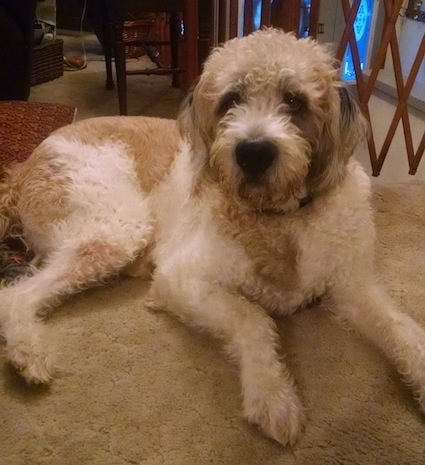 Yogi the Saint Berdoodle at 2 years old—"Yogi is a 2 year old, male St. Berdoodle. He is up on shots and neutered. He weighs about 120 pounds (54 kg). He has had some training and will walk on a leash. He is very sweet and cute, but his bark is loud and large and he is protective of his house and alerts us when someone arrives. He lives inside with our 14 pound. Shih Tzu and they are good together. 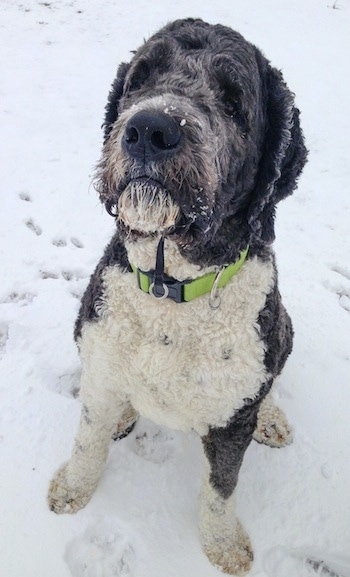 King "Tut" the Saint Berdoodle at 3 years old—"Tut is now 3-years old, 160 pounds and serves as my ESA service dog. He fascinates people everywhere we go, but he maintains his rule as a working dog excellently. He is great with other dogs and also loves his two feline siblings." 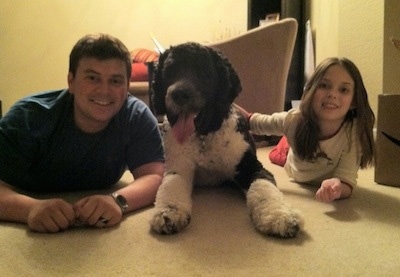 Tut the Saint Berdoodle at 9 months old, weighing 120 lbs. with his family—"We got Tut from a breeder in Florida. His father was a white Poodle weighing 68 lbs. and mom was a 120-lb. Saint Bernard. From the minute we picked him up, his disposition was all Bernard. He is sweet, calm, kind and absolutely loves people...especially children. He hates rain, but loves to drink from water fountains since he is tall enough. We have already taken him through puppy training and advanced training, so we hope he will eventually become a Canine Good Citizen. At nine months he is 120 lbs. and he stands at six feet when on our shoulders. He is smart and always the talk of pet-friendly stores and parks. I will never own another type of dog because he has the best of both." 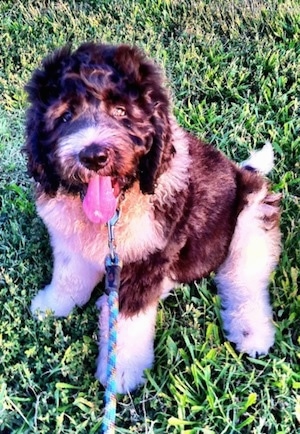 Tut the Saint Berdoodle as a puppy at 4 months old 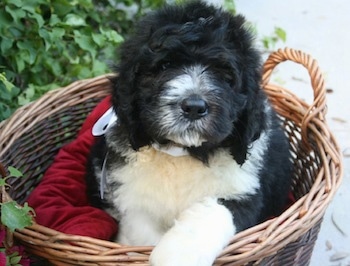 Tut the Saint Berdoodle as a puppy at 8 weeks old, weighing 23 pounds 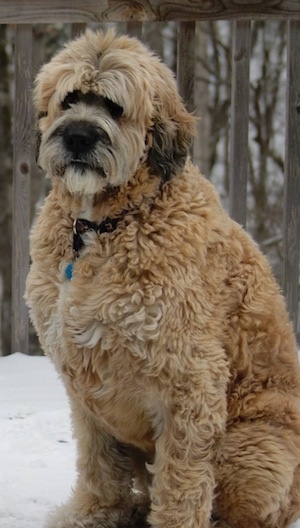 Harley the Saint Berdoodle (St. Bernard / Poodle mix breed dog) at almost 5 years old, weighing 108 pounds—"We do have some allergic issues to something, don’t know for sure what, so he eats venison and sweet potato to keep the skin free of issues." 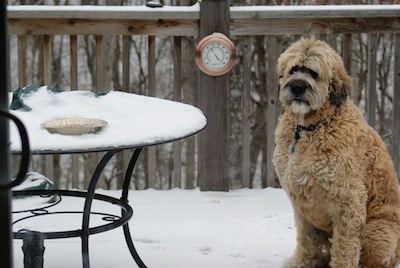 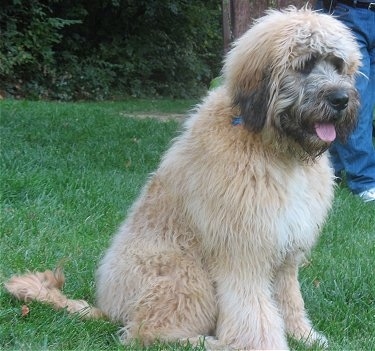 Harley the St. Berdoodle at 8 ½ months old (Saint Bernard / Poodle mix breed dog) weighing in at 77 lbs., with a shoulder height of 28" 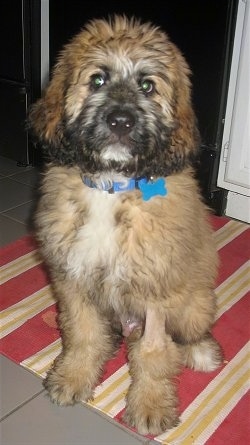 Harley the St. Berdoodle puppy at 4 months old— "FYI, the one Poodle-shaved leg on Harley is from his IV since he had surgery to remove a sock from his tummy and intestines." 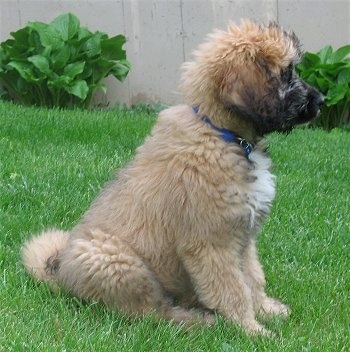 Harley the St. Berdoodle at 5 weeks old with his littermates—Harley is the brown puppy.