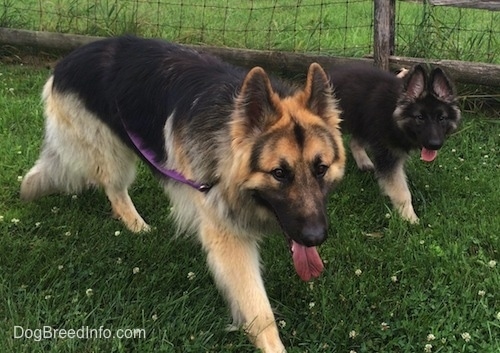 The Shiloh Shepherd's overall appearance is rather heavy. The back is broad, strong and solid. The head is broad and noble, slightly domed and in proportion to the body. The width and length of the skull are approximately equal with a gently defined stop, strong developed cheekbones, and a gradually tapering muzzle. The muzzle should be predominantly black, the length being equal to that of the forehead, with the lips firmly fitted and solid black. The muzzle should not be long, narrow or snipey in appearance. Both upper and lower thighs are well muscled. The tail is quite long and thickly covered with dense hair, hanging down like a plume. The coat comes in two varieties: smooth and plush. The plush coat is medium-length with a dense undercoat and has a distinct mane from the neck to the chest. Hair should not be more than 5" (12 cm) in length. The smooth coat is thick and medium-length with the outer hair being harsh to the touch.

The Shiloh Shepherd is very similar to the German Shepherd Dog. The breed club promotes temperament testing and issues certificates for individuals that it considers to be neither fearfully shy nor dominantly aggressive. Although the Shiloh is still relatively unknown, it makes a nice companion dog. It is a very intelligent, courageous and self-confident dog that will willingly protect its family, yet it is friendly and a good companion to its friends and family. Makes a good guard and watchdog. Shilohs have tremendous loyalty and courage. Calmly confident, but not hostile. Serious and intelligent. They have a high learning ability. Shilohs love to be close to their families. They should be trained and socialized from an early age with a firm and loving hand. Remaining alpha over the dog along with providing daily walks, jogs or runs is paramount to a successful relationship between you and your shepherd.

The Shiloh Shepherd will do okay in an apartment if it gets enough exercise. These dogs are relatively inactive indoors and do best with at least a large yard. They have all-weather coats and will do well in cold as well as hot climates. They can live outdoors, but would be much happier inside close to their owners. Be sure they have plenty of water and shade on hot days and proper shelter in the winter.

The Shiloh Shepherd loves strenuous activity, preferably combined with training of some kind, for these dogs are very intelligent and crave a good challenge. They need to be taken on a daily, brisk, long walk, jog or run alongside you when you bicycle. If under-exercised, this breed can become restless and destructive.

The coat comes in two varieties, smooth and plush. The plush coat requires regular brushing to keep it clean and tangle free. The smooth coat requires minimal grooming. This breed sheds bits of hair constantly and is a seasonally heavy shedder. A quick daily brushing is best unless hair in the house is not a problem. They should be bathed rarely, only once or twice a year to avoid skin oil depletion. 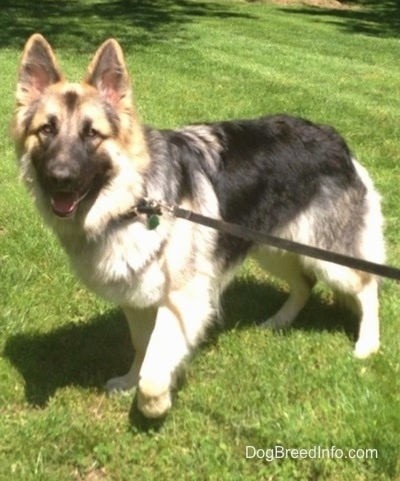 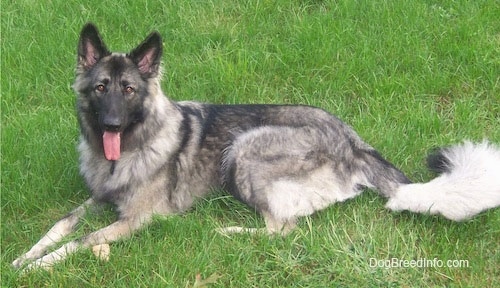 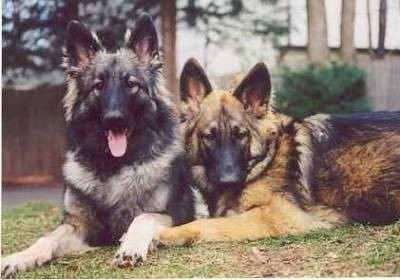 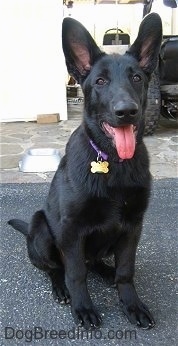 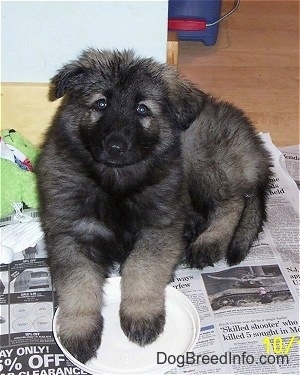 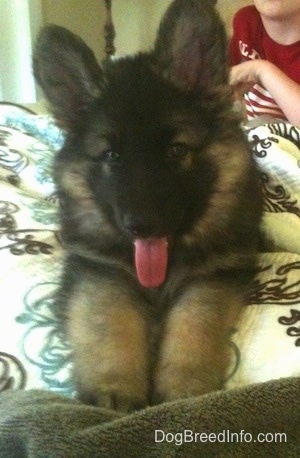 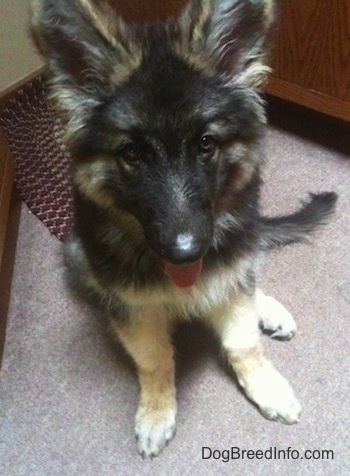 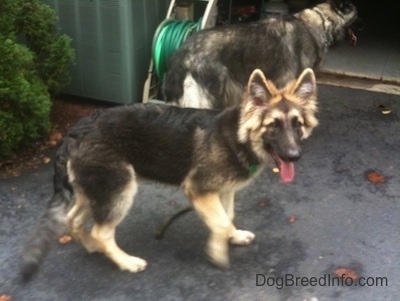 Shiloh Shepherds Bowie as a puppy at 5 months old (front) and Meadow full grown (back), both TSSR-registered =The Shiloh Shepherd Registry 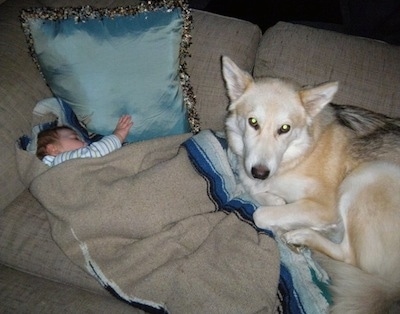 Grace the Shiloh Shepherd at 3 years old—"We rescued Grace when she was right at a year old and she has been the best dog you could ask for."