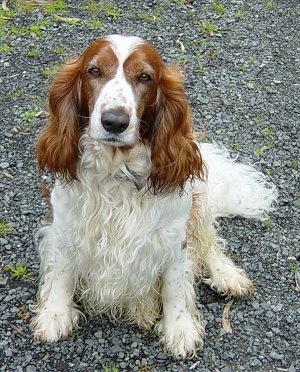 The Welsh Springer Spaniel is a compact, medium-sized, working dog. The slightly rounded head is in proportion to the body with a slightly domed skull. The fairly square muzzle is about as long as the skull, but never longer. The nose is either black or any shade of brown with well-open nostrils. The teeth meet in a scissors or level bite. The oval-shaped eyes are dark to medium brown in color. The long ears are set at eye level, hanging close to the cheeks and fringed with hair. The topline is level. The tail is usually docked and is set at the topline and carried horizontally. Note: docking tails is illegal in most parts of Europe. The soft, flat, straight or wavy coat is medium in length with feathering on the back of the legs, chest and belly, with lighter feathering on the ears and tail. Coat colors come in red and white in any pattern, sometimes with ticking.

The Welsh Springer Spaniel is loyal and willing to please. Happy to be with its family, it is good with children, and loves to be included in activities. It is smaller with a lower energy level than its English Springerancestor. This independent breed needs anowner who displays leadership or it may not listen to known commands and can become overprotective. Dogs that do not have humans who are consistent pack leaders can develop protective tendencies. Can be reserved with strangers and should be socialize well to avoid timidity. These dogs are sensitive to the tone of one's voice and will not listen if they sense that they are stronger minded than their owner, however they will also not respond well to harsh discipline. Owners need to be calm, yet possess an air of natural authority. They must be trained early to hunt, so they learn to use their skills in a positive manner, listening to commands and learning not to wander. You will never curb the hunting instinct in this dog, therefore working with his natural ability, rather than against it, will be in you and your dog's best interest. Generally good with dogs and other pets.

The Welsh Springer Spaniel will do okay in an apartment if it is sufficiently exercised. It is fairly active indoors and will do best with at least an average-sized yard. The Welsh Springer's coat keeps the dog comfortable in both hot and cold weather.

The Welsh Springer Spaniel is an energetic and lively dog that needs plenty of regular exercise, including a daily, long walk. It will greatly enjoy running off the leash in a safe area. Without enough exercise, these dogs will become bored, fat and lazy and are more likely to develop a wide variety of behavior problems.

The coat of the Welsh Springer Spaniel is fairly easy to maintain and regular brushing with a stiff bristle brush will be enough. Pay extra attention, however, when the dog is shedding. Bathe or dry shampoo only when necessary. Check the ears regularly for grass seeds and signs of infection. Trim the hair between the toes and keep the nails clipped. This breed is an average shedder. 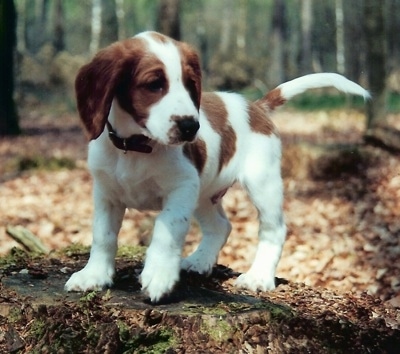 Saffier the Welsh Springer Spaniel as a puppy—"Saffier is a beautiful dog. Welshies are famous for their adoration of all the family and Saffier typifies this trait. He has a lot of energy and gives the family a lot of love and adoration. Saffier loves toys; he played soccer in his younger days and is a great ball chaser. He was born in the Netherlands and now lives in Australia." 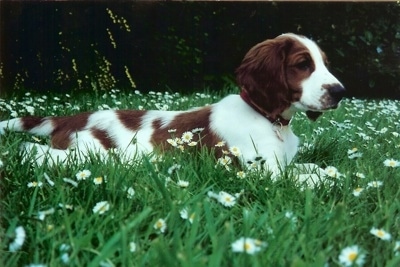 Saffier the Welsh Springer Spaniel as a puppy 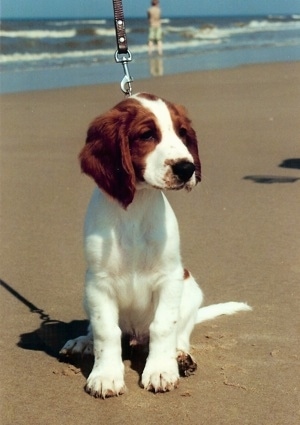 Saffier the Welsh Springer Spaniel as a puppy

"Sophie Gonzalez is our Welsh Springer Spaniel. She is a certified therapy dog and works in assisted living facilities. She spreads joy everywhere she goes and does cute things to bring smiles. She is loyal to a fault, friendly but cautious, loves to chase squirrels (don't all dogs?) and is very food motivated—she'll do anything for a bite of something. We'll never have another dog like our Sophie; she is a once-in-a-lifetime friend." 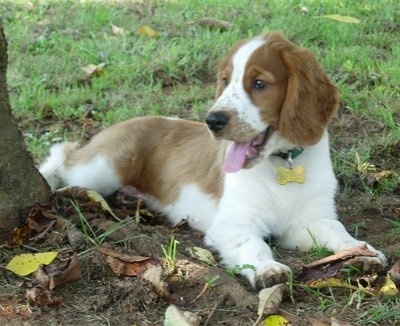 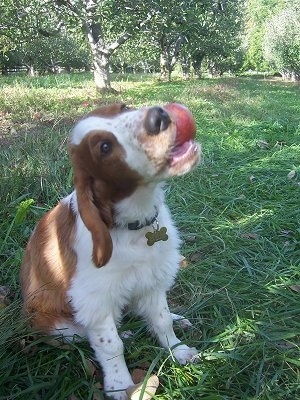 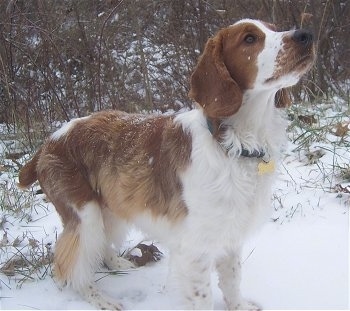 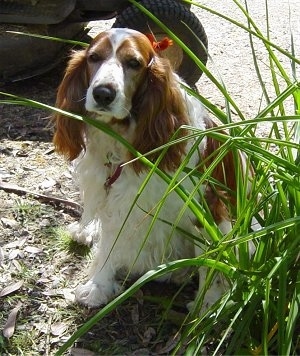 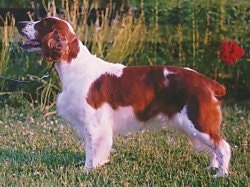