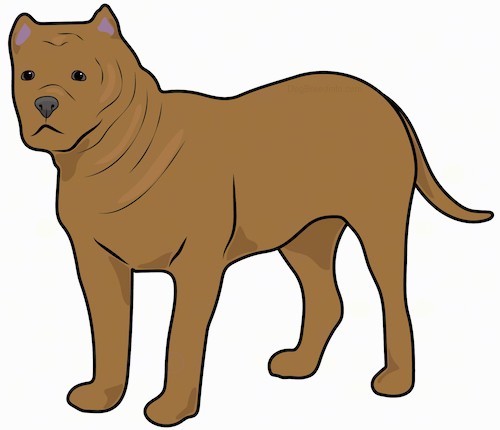 With big heads, flat chests, and wide front stances, these dogs were similar to the modern day Boxer, Pit Bull, and Mastiff. The Bullenbeisser had thin, tall ears, large, muscled cheeks, and often had extra flaps of skin, especially around the neck. Their short coats could be a wide range of colors from a pale tan, any shade of brown, to a deep black.

As a guard dog, the Bullenbeisser was extremely loyal to its owner and intelligent as they also followed commands for hunting. The dominant breeds may have been more territorial as they were taught to protect the master’s home. Like other bully breeds, they were fun, energetic and eager to please.

Because of their thin, muscular legs, the Bullenbeisser may have experienced hip or knee issues such as hip dysplasia or thyroid disease. Their health issues would have been similar to other bully breeds such as Pit Bulls, Boxers, or Mastiffs.

As a guard dog, the Bullenbeisser was always alert and watching for danger. They enjoyed large spaces to explore and hunt. These dogs were often found outside either paying attention to their surroundings, or on the hunt with their owner. They did well in open areas and would not do well cooped up in small houses, especially with no outdoor space.

Similar to the Boxer, these dogs needed plenty of exercise and room to roam. Since they were used to hunt and guard, they felt most comfortable when having a task at hand. They were intelligent and required training and daily pack exercise.

Similar to other bully breeds, the Bullenbeisser had a short coat that only needed to be groomed occasionally. They did not require a regular bathing routine.

The Bullenbeisser dates back to 370 AD when the breed was first mentioned during the migration of the Assyrians from Asia to Europe because they needed large hunting and fighting dogs as companions in order to survive. As a Molosser-type breed, the Bullenbeisser was native to Germany and common throughout the Holy Roman Empire. Because this breed is extinct, not much is known about the exact origin of this breed. We do know however, that this breed was known to be a part of the political bodies including within the Holy Roman Empire, and other cities that are known today as Belgium, the Netherlands, France, Germany, Luxembourg, and the Czech Republic. Originally, the Bullenbeisser was introduced as a type of Mastiff during the late Roman period or the Medieval ages and was known as the German Mastiff. Over time, the name for the Bullenbeisser changed with the different breedings around the area. During this time, Mastiffs in Germany were used as protection during war. The owners would chain them outside of their house as people would call them monsters and not dare to enter. Over time, these views changed and the dog breed became lazier though breeding with other breeds and the owners began to use them as hunting dogs rather than guard dogs. They would hunt large game such as bears, wolves, and boar. The Bullenbeisser were fast enough to chase prey and strong enough to win the hunt. Through the continued hunting and exercise, the Bullenbeisser eventually appeared more lean, with a more athletic stance and less bulky muscles to show.

The Bullenbeisser was famously known for being the combat dog for the Holy Roman Empire. Farmers also owned kennels of this breed for farming purposes such as catching livestock and hunting. Since the dog was immensely popular all over the region, the breed became less broad and became more local to the individual town. This resulted in many different varieties of the Bullenbeisser. For example, the land that was previously called Duchy of Brabant (now modern day Netherlands and Belgium) had their own dog breed called the Brabanter. The theory was that this breed derived from breeding the Bullenbeisser with English Bulldogs because the Brabant was considerably smaller than the original breed of the Bullenbeisser. The Brabanter breed was known for accompanying sailors on their journey to find new land. It was said that the Brabant was on the same ship that first sailed to Cape Town in South Africa in the year 1652 with Jan Van Riebeeck and other Dutch sailors which then resulted in the Brabanter breeding with other dogs in Cape Town to form new breeds. Some say that this led to the creation of the Boerboel breed and also the Rhodesian Ridgeback breed although this was never confirmed.

Many believe that the American Pit Bull Terrier is a descendant of the Bullenbeisser although that theory was debunked because there was no evidence to support the idea. 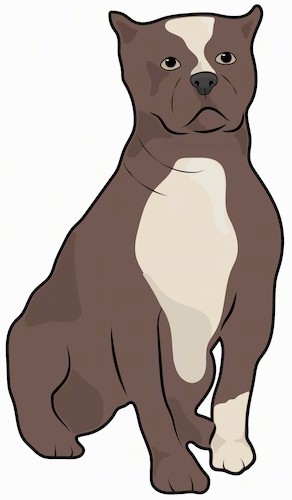