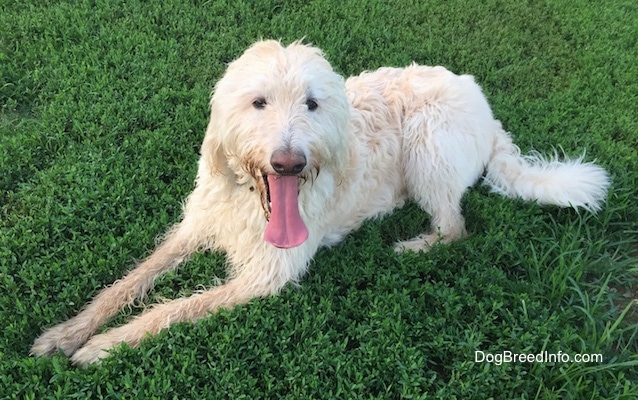 Bennett the Labradoodle at 3 1/2 years old. His owner says his coat is more like the Poodle than the Labrador.

The American Labradoodle is not a purebred dog. It is a cross between the Labrador Retriever and the Poodle. The best way to determine the temperament of a mixed breed is to look up all breeds in the cross and know you can get any combination of any of the characteristics found in either breed. Not all of these designer hybrid dogs being bred are 50% purebred to 50% purebred. It is very common for breeders to breed multi-generation crosses.

There are a few different ways breeders are producing American Labradoodles.

F1 = 50% Labrador and 50% Poodle: This is Lab to Poodle cross; this is first generation, resulting in healthier offspring! Hair type can be smooth like a Lab, wiry like an Irish Wolfhound or wavy/shaggy; they can shed or not shed; pups in the same litter can vary. This is not the best cross for people with severe allergies.

F1-B = 25% Labrador Retriever and 75% Poodle (F1 Labradoodle and Poodle cross): This is Labradoodle bred back to Poodle, wavy curly shaggy look doodle very consistent in coat types. F1B is the MOST likely of any to be non-shedding and allergy friendly than ANY doodles and is the easiest coat to take care of. 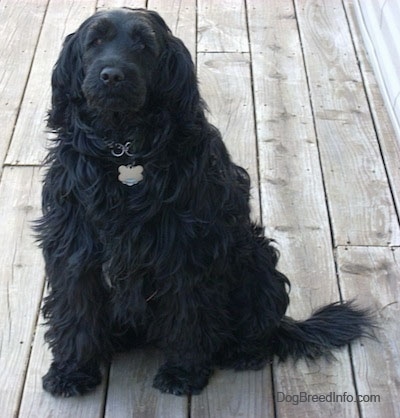 Roxy the Labradoodle before her spring hair cut 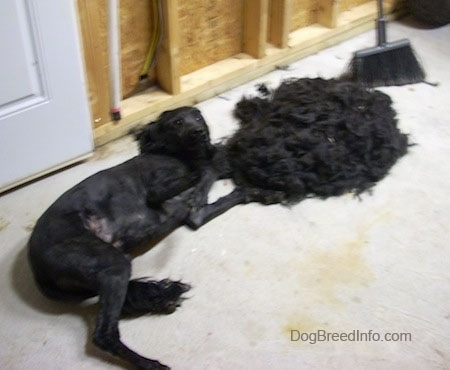 "This is Roxy the black Labradoodle after her spring hair cut. She's happy to get it thinned, but it doesn't last long it grows back fast." 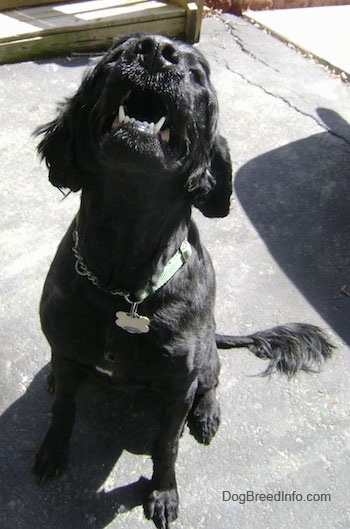 Roxy the black Labradoodle after her spring hair cut 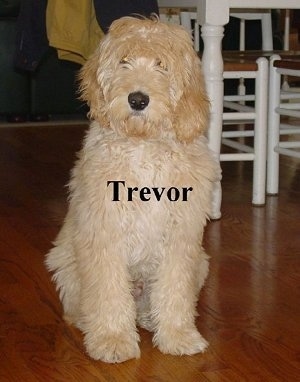 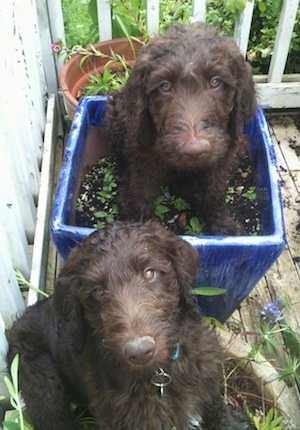 "Murphy (below) and Teddy (above) are 3-month-old standard F1 chocolate Labradoodle puppies, owned by two good friends, both violin teachers! We caught them in the flower pots and started to shoo them away, but had to take a picture first...it was too cute! Labradoodles make amazing pets. We have been socializing them and exercising them faithfully every day and can see their excellent temperaments developing. Woof! Proud Doodle Mommas, Ashley (Murphy's mom) and Liz (Teddy's mom)." 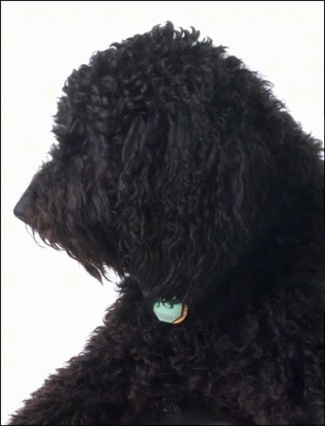 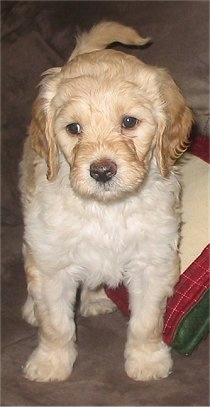 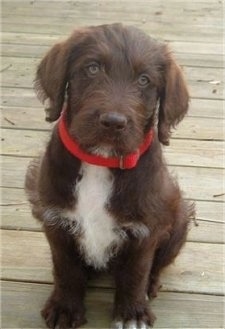 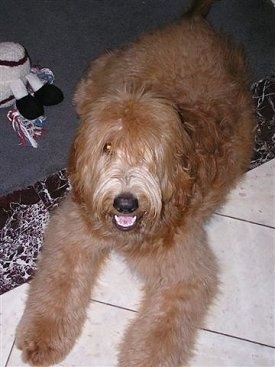 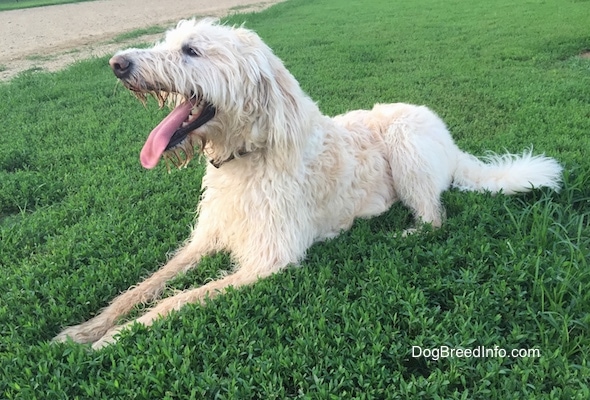 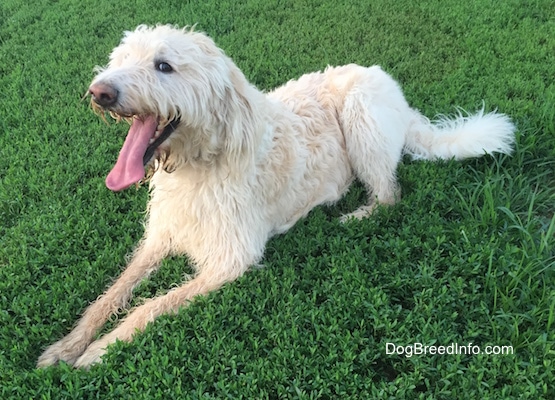 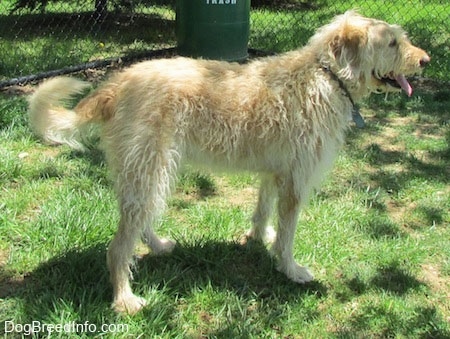 "This is Clyde the Labradoodle at 7 years old. His coat is less curly, more shaggy and scruffy looking. He is cool, laid back and more mellow than most other Labradoodles. It could be his age."

See more examples of the Labradoodle