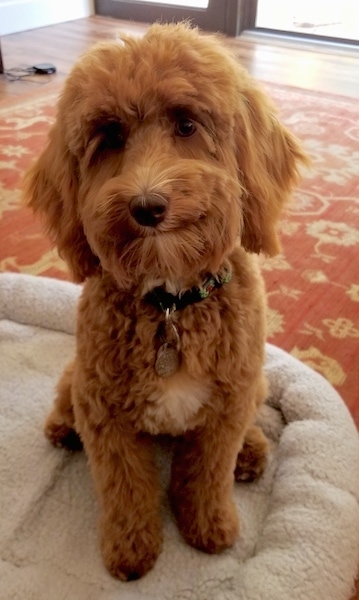 "Nina the Australian Labradoodle at 8 months old. Nina is very expressive! She's vocal, loves to cuddle and is always wagging her tail."

Click here for the Australian Labradoodle Standard for dogs being bred by clubs in the country of Australia.

The Australian Labradoodle is good with children and is easy to train. It gets along well with other dogs. It is extremely clever, sociable and joyful, and quick to learn unusual or special tasks. Active, a little comical at times, it can attempt to outsmart its owner if undisciplined. It is very important that you are this dog’s firm but calm, consistent pack leader and provide him with daily mental and physical exercise to avoid behavior issues. Friendly, though obviously loyal to its own family, this dog is non-aggressive.

The Australian Labradoodle will do okay in an apartment if it gets enough exercise. They are moderately active indoors and will do best with at least an average-sized yard.

This breed needs a lot of exercise, which includes long daily walks.

Curly coats need regular grooming with a slicker brush at least every two weeks and maybe two to three times a year, a trim, scissoring or clipping to keep tidy. Most Australian Labradoodles shed little to no hair and are possibly non-allergenic. 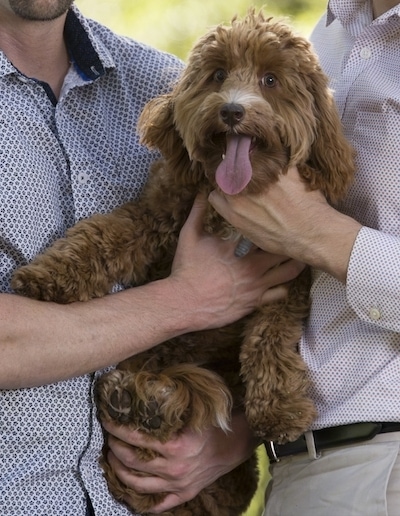 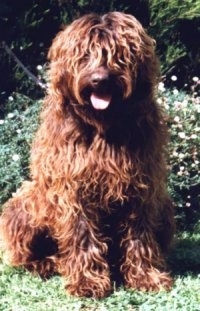 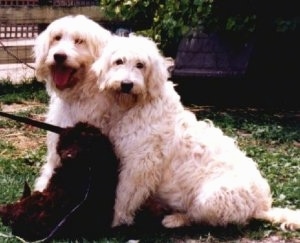 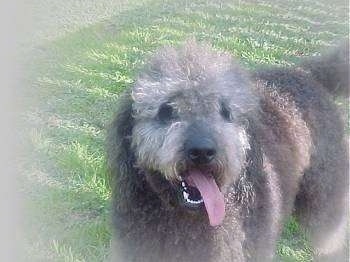 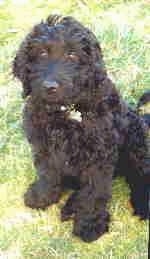 This is Zeb. He came all the way from Rutland Manor in Australia to the USA. 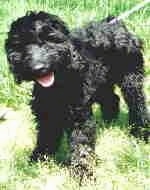 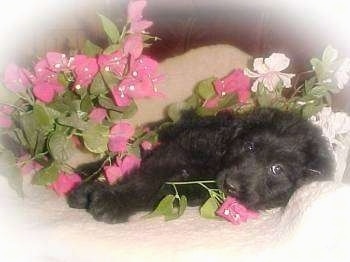 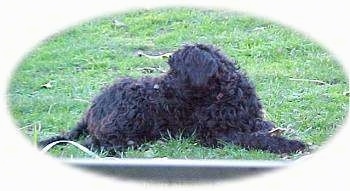 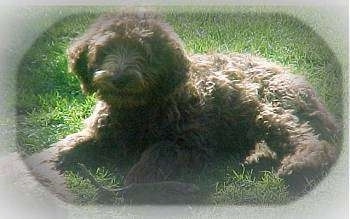 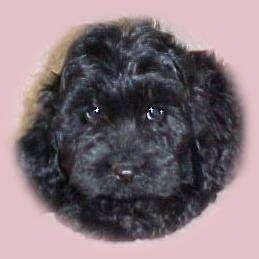 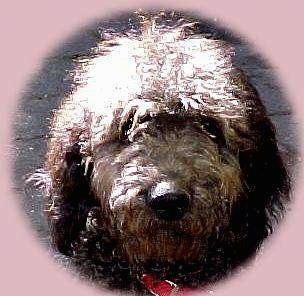 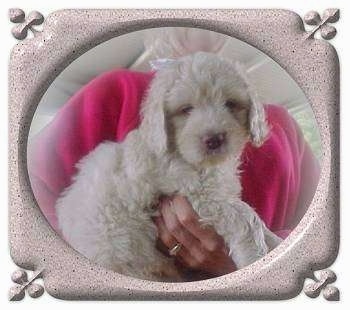