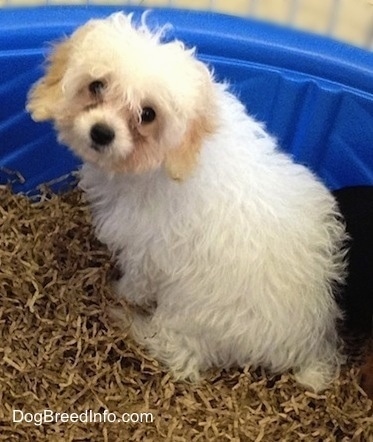 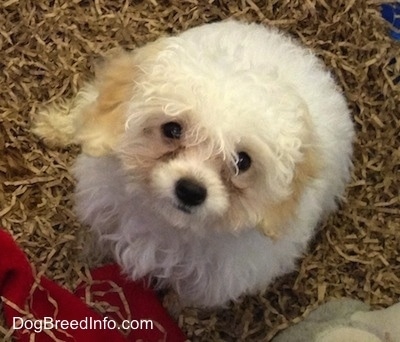 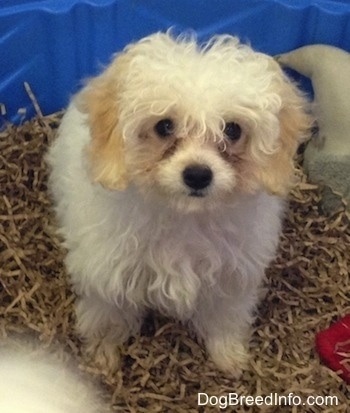 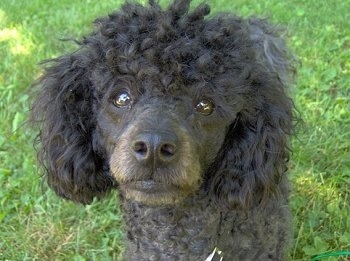 "Here is Nicky the male Miniature Poodle at 3 years old (18 pounds) with that "intelligent" Poodle look on his face trying (and succeeding I'm sure) to understand the words his owner is saying." 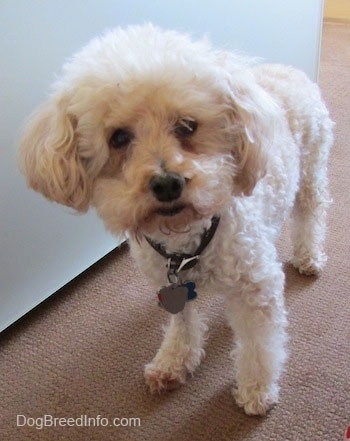 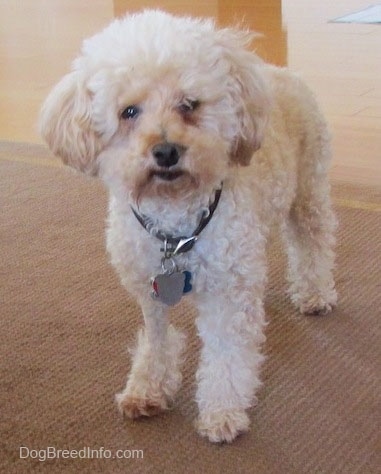 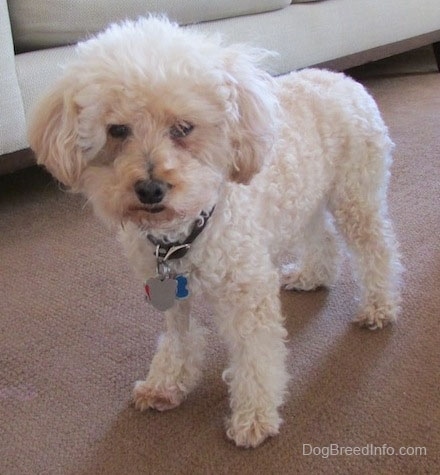 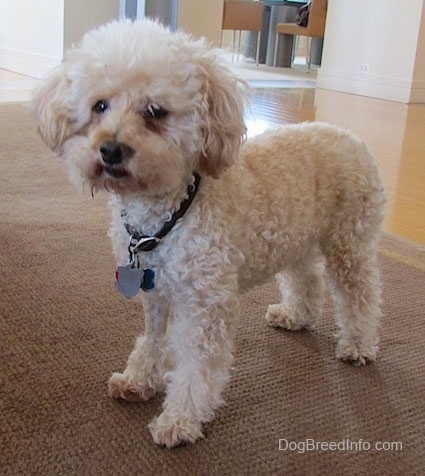 "This is 4-year-old Drew the one-eyed Miniature Poodle. In the fall of 2004, Drew's eye was irreparably injured in an accident with another dog from the same household. He was placed in foster care while recovering from surgeries on his eye. In December 2004, he was adopted by a loving family who had been mourning the loss of their beloved one-eyed Jack Russell Terrier." 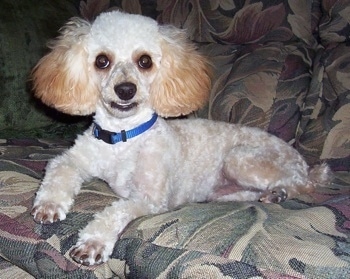 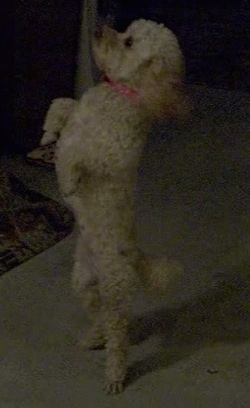 Dilts Lil' Red (Peachie), a six-year-old Miniature Poodle dances for a piece of chicken. For four years, Peachie was used as a breeder for Mini Poodles / Poodle hybrids until her fourth litter when she had a cesarean. Her owner then spayed her and put her up for sale, and I received her for my sixteenth birthday. In the year that we have had her, she has been the perfect dog, despite her high startle reaction and fear of numerous things like our cat. She has made so much progress, is so well behaved and makes us laugh with all of her funny quirks, like running around the house in circles at top speed, and her sly way of stealing food right out of someone's hands. I love being able to come home and see a small bundle of fur squirm with excitement at the sight of me." "Here is our loyal superhero Mini Poodle Samson who recently alerted me to the clothes dryer being on fire. What a little champion at 13 weeks—he has a bright future ahead of him." 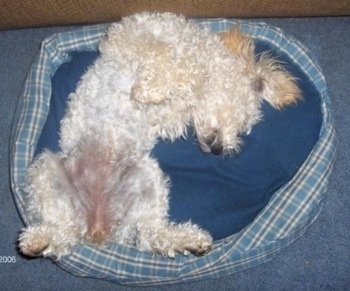 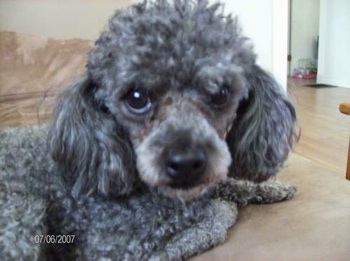 "This is my 5-year-old, black Miniature Poodle Ebony. He is a very photogenic, goofy, intelligent-when-he-wants-to-be, stubborn, act-like-a-big-dog, boy. His best friend is his kitty housemate, Panda. They play around all the time and are even seen sleeping on my bed beside each other. Ebby loves his walks, but just as much enjoys sleeping on the couch for hours. When Ebony is not clipped he tends to look like an old man. He hates having his nails clipped, being brushed, getting shots and being left alone. He has very bad separation anxiety. He loves cat food, stuffed toys, people, all animals and having you trip over him while he follows you around the kitchen begging for food. I wouldn't change him for the world." 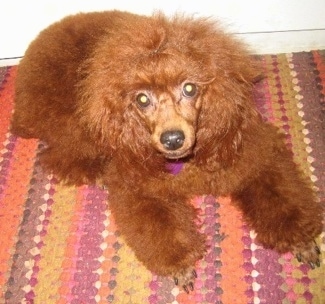 "This is Diesel, my 22-month-old apricot Miniature Poodle. As you can see he is very alert to what is going on outside. He thinks he can take on the world. Everyone laughs at him instead of being "afraid" of his vicious bark, ha ha! Half the time he just barks, thinking he is barking at someone, and looks at me, waiting for mom to investigate the noise! Such a wonderful breed!" 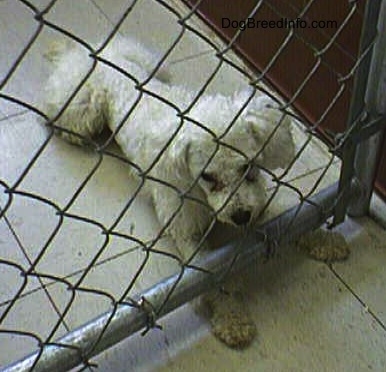