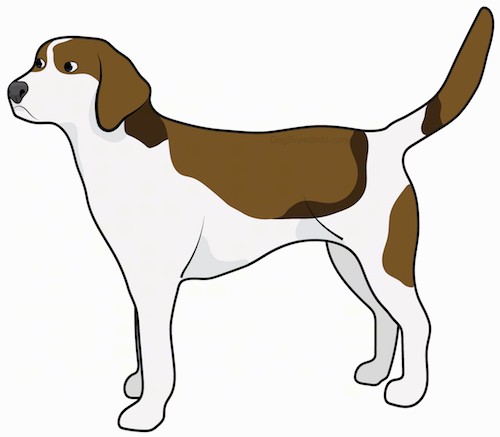 There are few records left describing the appearance of the North Country Beagle except that it looked similar to the modern day Southern Hound, English Foxhound, and Harrier. It was said that the North Country Beagle was shorter than the Southern Hound and had bigger bones even though they still were able to run long distances and were known to be an athletic breed. They did not have a dewlap of skin although they were known to have loose skin without any wrinkles.

Again, there are only few records stating the temperment of the North Country Beagle. They would sniff and follow a trail for hours without getting tired and were strong willed, extremely fast, and determined when hunting. They were known to get along with other dogs but they were not trusted around other animals. Compared with its ancestors, this dog was also probably friendly towards humans as well.

There were two size varieties

There are no records showing whether this breed was prone to health issues.

These dogs had high energy because they were used for hunting. When not activly working, they probably needed at least a long daily walk and a place to run around and explore.

There are no records for how long the North Country Beagle lived.

There are no records for the North Country Beagle’s litter size.

These dogs had a short coat and probably only needed to be brushed and bathed when necessary. Their ears needed to be kept clean.

It is still unclear whether the North Country Beagle was developed around the 1200’s or whether they were around for thousands of years before the 1200’s.

The North Country Beagle was known among the nobility as one of the preferred scent hounds to train and use for the popular sport of hunting. In Europe at this time, hunting was a way of showing political and social power over other nations. Friendships, political alliances, and personal bonds were formed through hunting together. Land was set aside specifically for hunting and it was illegal for the lower class to own hunting dogs.

In Northern England, the North Country Beagle was one of if not the most popular pack hound that was used above the River Trent. They were used to hunt game such as deer, boar, fox, and wolves.

Because of the political and agricultural changed in England, hunting was changed forever. New crops were being imported meaning more land was being farmed and less land was being used as hunting land. The population of deer, boar, and other game that was frequently hunted was now smaller than it ever was before. This meant that hunting was less frequently done than before. These changes did however make it easier for the red fox to grow in population. Red foxes were now seen as vermin as they would destroy crops, hunt farmers lamb, steal eggs, harm the horses and cattle, and kill chickens. Because they red foxes were now compared to rats and other vermin, the red fox was not hunted by the nobility until the 1500’s. 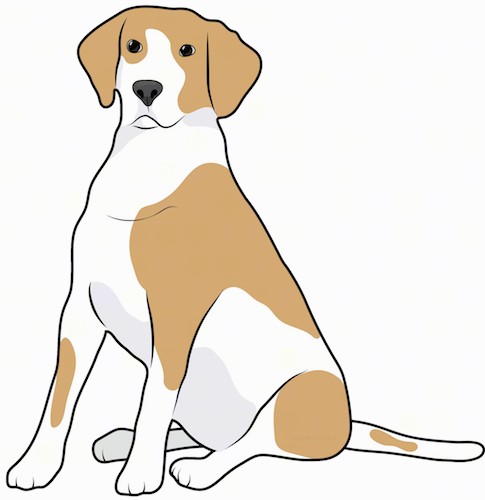