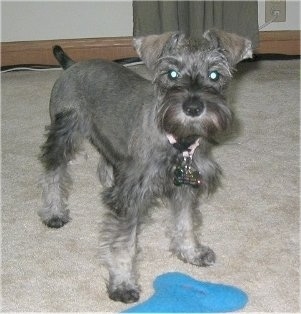 Reagan the Schnoodle definitely looks more like a Schnauzer than a Poodle, but has characteristics of both on the inside. She is a sweetheart and loves to curl up in your lap and give kisses. She's also a big fan of playing in the bathtub. 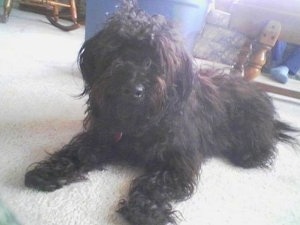 Cosby the Schnoodle before his haircut 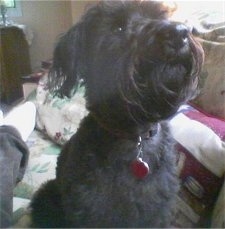 Cosby the Schnoodle after his haircut

"These last two pictures were taken at Cosby's 14th (left) and 15th birthdays. We got into the habit of celebrating his birthday every year, and I don't think he minded the extra attention. Cosby passed away a few months after we took the picture on the right."

"After the death of our Golden Retriever in 2002, we weren't sure whether we wanted to adopt another dog. It took some time, but once we were ready to consider it, we consulted Dog Breed Info for information on smaller dog breeds. I believe this is where we discovered the Schnoodle. We adopted Cosby in October 2003 and sent pictures to Dog Breed Info so other potential owners could know what they might expect from the breed. After 15 years, here's the final verdict: they're inquisitive, silly, and sometimes too smart for their own good, but tremendously loyal and loving. Life with Cosby was an incredible joy; many people describe their pets as being family members, and this is undeniably true in his case. Cosby suspected he was no different from the rest of us, that he was entitled to all the same privileges, and he was vocal and assertive in telling us exactly what he wanted, whether it be playtime, a piece of string cheese, or a simple reminder that it was time for him to give us a "bath." (He would whine quietly until we acquiesced.) He formed a strong bond with my Grandmother, who fed him treats and doted on him like he was her own grandson, and the two were inseparable. We love and miss him, but we feel lucky to have had him for 15 good years" 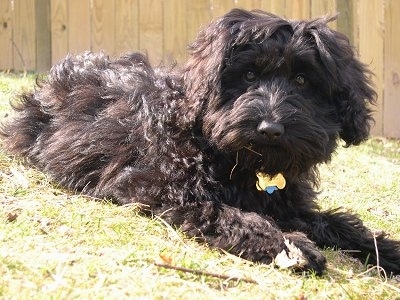 "Ernie is a 4½-month-old female Schnauzer / Poodle mix. She is very playful and is quite popular in her neighborhood. She has not been clipped, although this picture was taken right after she had a bath. She likes to bask in a sunny spot or sleep on your lap. She LOVES yarn and can play with a ball of yarn for hours, dragging it around the house and chewing on it." 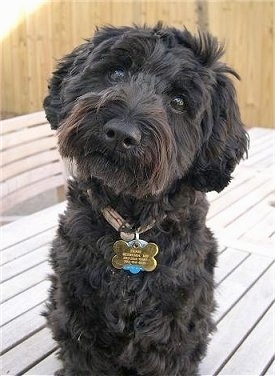 Ernie the Miniature Schnauzer / Miniature Poodle mix (Schnoodle) all grown up at 14 ½ months old—"Ernie is still very popular in our neighborhood and among our family members and friends. Her favorite things include yarn, peanut butter, sunbathing, long walks and belly rubs." 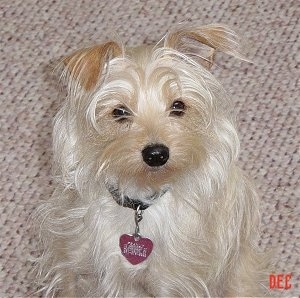 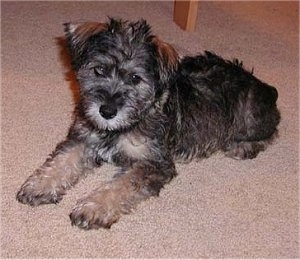 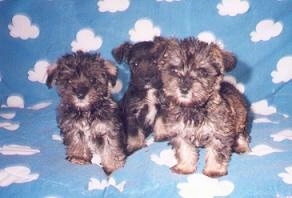 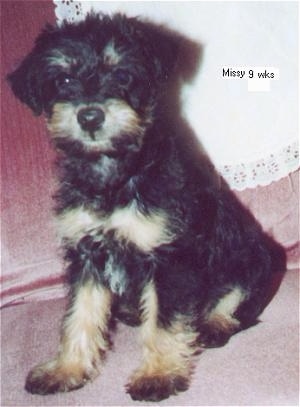 Missy the parti Schnoodle as a puppy at 9 weeks old, photo courtesy of Wild wood Acres 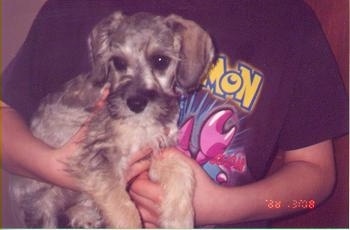 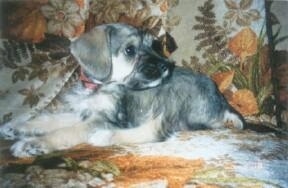 Sassy the Schnoodle as a puppy, photo courtesy of Wild wood Acres 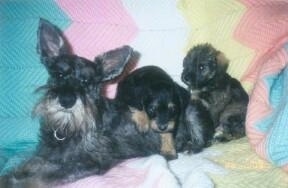 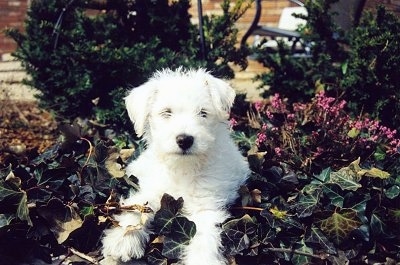