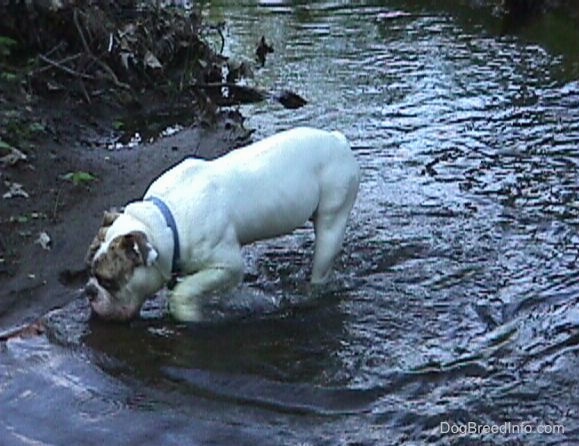 Spike loves the stream on a hot summer day. He and my 10-year-old Husky named Puppy cool off quickly after a dip in the water. This particular day was not a hot summer day; it was a cold winter day, about 35 degrees and sunny! Spike and Puppy were out playing in the backyard as usual. I walked out and called the dogs to come back inside. Puppy was the only one that came back. I started calling Spike. Then I heard this awful noise; it sounded like a dying animal—nothing like a noise my Spiky would make. I called him again and when he didn’t come I said to Puppy, "Puppy! Where did he go? Where’s Spike? Where is he?" Puppy ran down to the stream, looked straight down the 3-foot bank and let out an unusual distressed bark. I walked down the hill to the bank to see what Puppy was barking at. I didn’t see anything until I got right up to the edge of the bank. When I looked down I saw Spike. He was all muddy. The back half of him was underwater. A board that had floated down stream and was wedged against the bank was on top of his back. His front paws were on the side of the bank as if he was trying to get out. He was one sorry sight. I said "Hold on buddy. I’ll get you out." I began to climb down the bank. I wasn’t sure how I was going to get him out. The only choices that I could see were to step on that board, or get in the water myself. I stepped lightly on the board. It didn’t seem to be putting any pressure on him. I grabbed his collar and pulled. At that same instant Spike tried with all his might to climb the bank. He made it. Even Puppy was happy. The two of them ran around the yard jumping on each other, while Spike shook the water and the traumatic incident off. Spike was one muddy mess. My once-white dog was now brown. I brought him inside and gave him a nice warm bath. He was happy to be home. 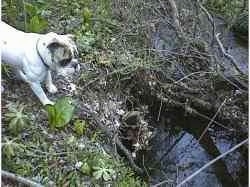 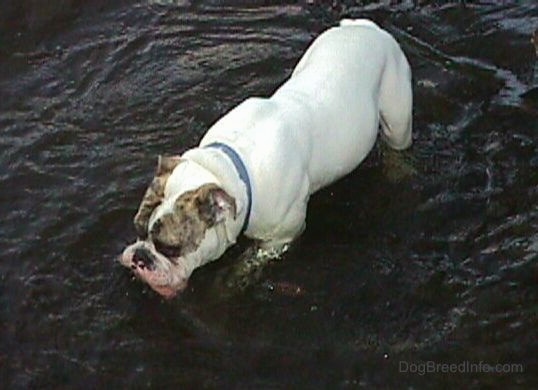 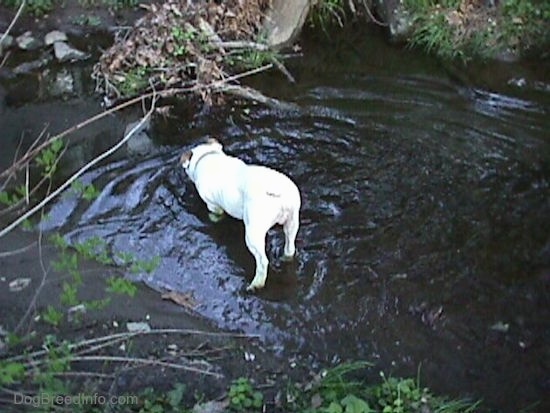 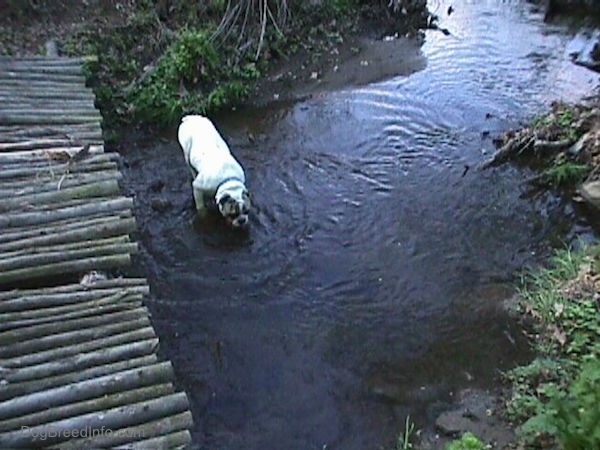 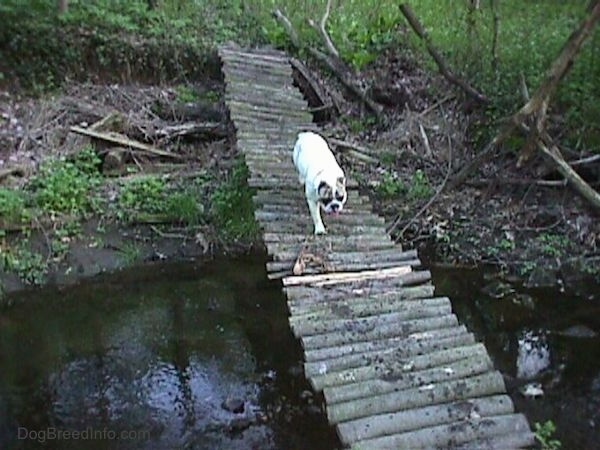 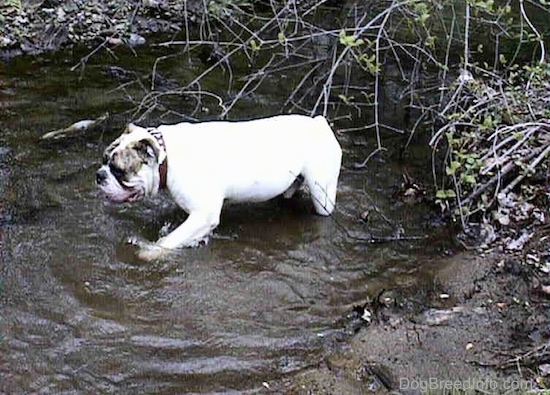 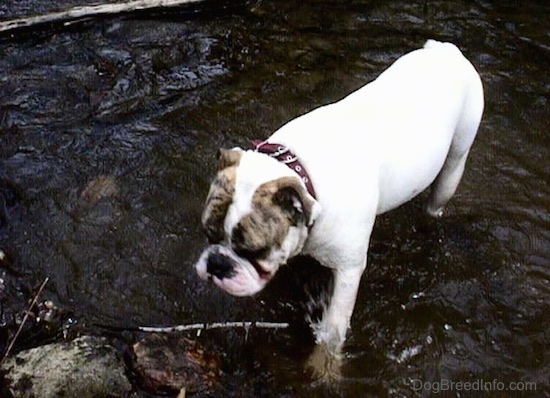 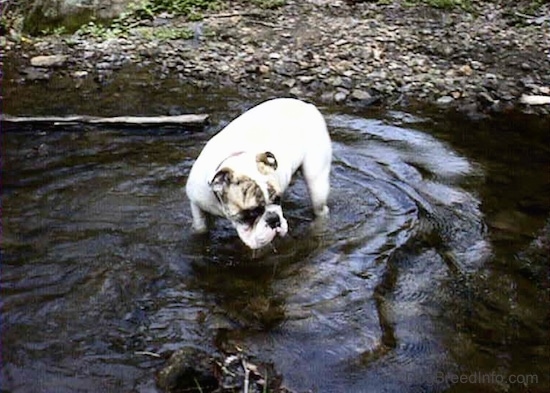 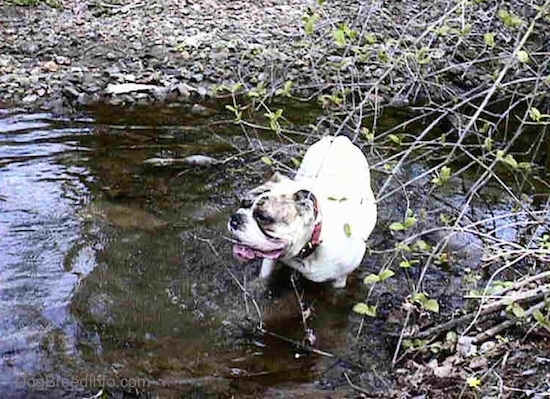 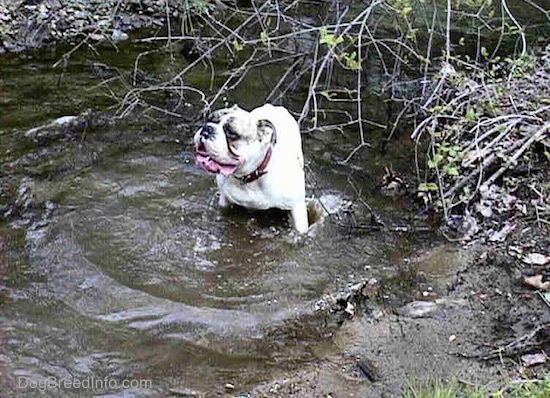