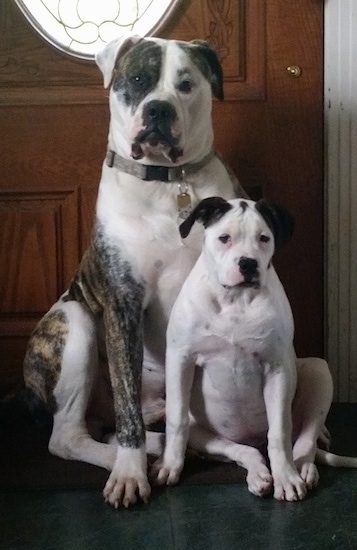 Jax the American Bulldog at 2 years old with his younger AM Bulldog friend sitting in front of him—"Jax is a 130 pound Missouri bred Bulldog. He is the Johnson body style, white with brindle patches. He has a tremendously fun disposition and thinks everyone has come to see him! His whole body wiggles with delight and he has a huge "smile" on his face. I look forward to breeding him and passing on his beautiful qualities. 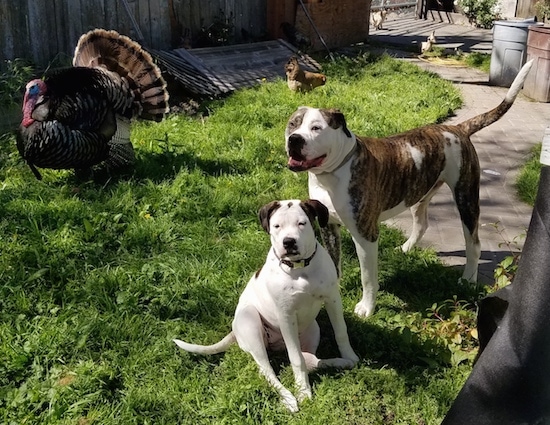 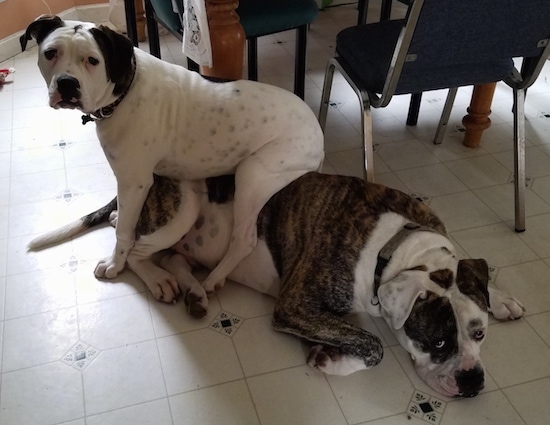 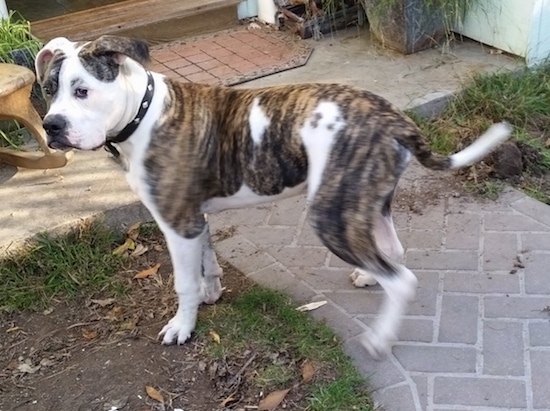 Jax the American Bulldog as a puppy 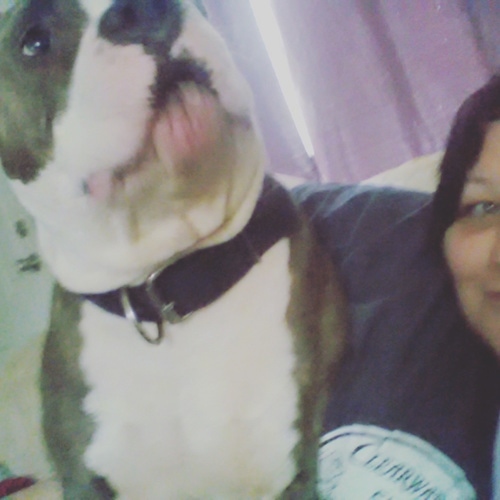 "Jynx is a 5 1/2 year old XL American Bulldog. He is a loyal sweet gentle giant. He's from the Gotti bloodline. He's an excellent family pet." 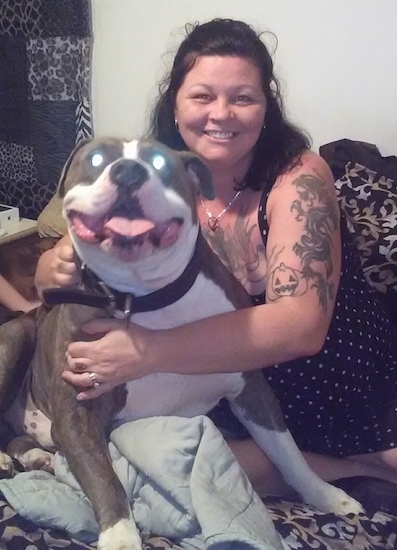 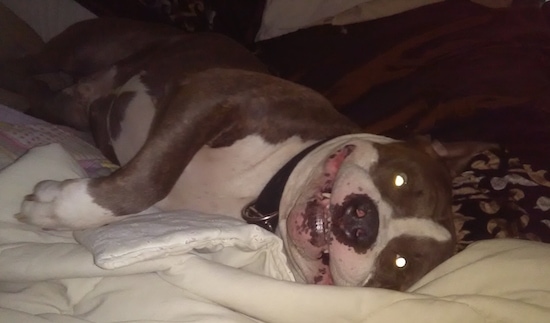 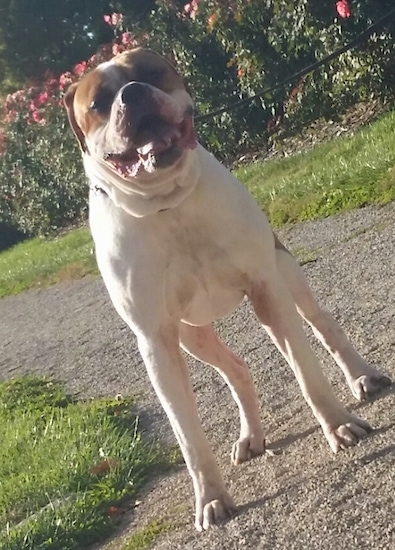 Otis the Standard and Johnson line American Bulldog at 5 years old—"Wow where to begin. Otis is the best thing that ever happened to my life. He has taught me the true meaning of unconditional love. I believe he was about 6 months when a coworker who bred bullies just wanted to get rid of him. There was a dozen cages or less around with different bully breeds. Basically he had a very lonely and solitary life up to that point. He was a very timid dog. Afraid of a Wal-mart sack floating off a table in his early years. Hes come so far. The most loyal, sweetest, ornery, alpha boy you will ever meet. Amazing with kids, doesn't trust male strangers well, and any dog threat (bigger males) can get ugly for that dog. It's true this breed can be a chore, but the rewards far outweigh it. I'll never get another breed." 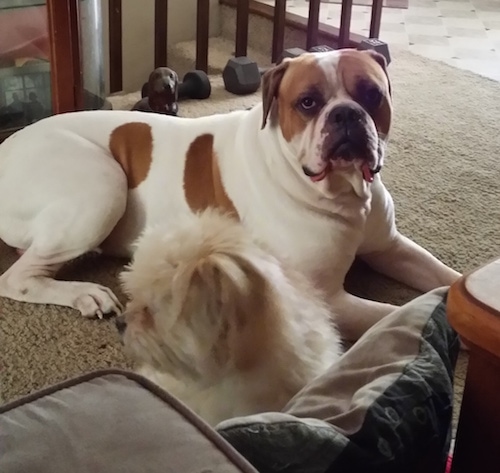 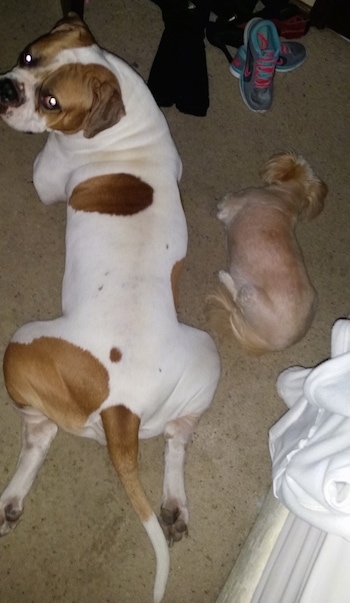 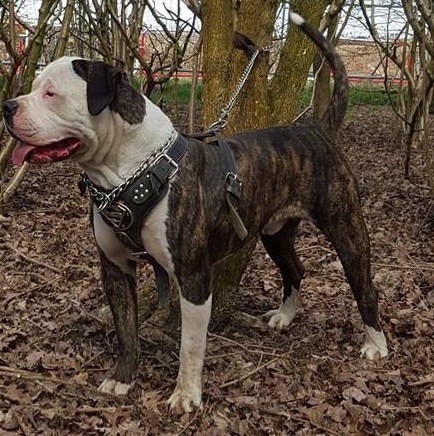 BloodLordKennel UK's Sarge the American Bulldog at 19 months old—"This is our 19-month-old American Bulldog. We have had him since he was 10-weeks-old. He is NKC registered and has some very good bloodlines behind his genetics. He is an excellent family dog and a vigilant and stable guard dog being unshakable and as loyal as you could ever ask for. He excels at protection sport training and is a very good example of what the true American Bulldog should be in character and conformation. He is the cheeky family clown who loves to be silly and play with our children, but is ready to transform into ultimate family protector at the slightest hint of a threat and he's only 19 months old. The future can only get better for this boy." 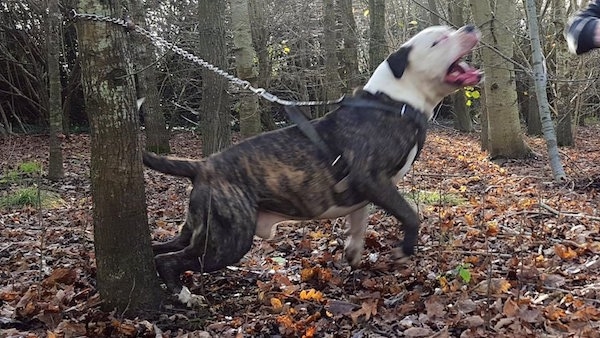 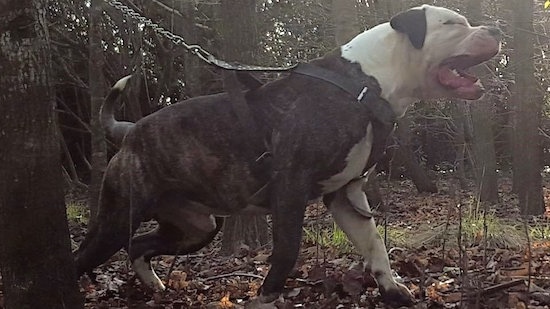 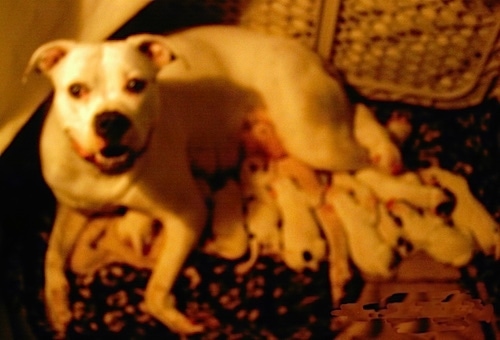 Mya the American Bulldog with her litter of 11 puppies—"These are my American Bulldogs. They are NKC and CKC registered. They had 11 pups. The male is Draven and is the biggest dog. Mya is the mom and you can tell she is smaller. These dogs are my kids. Draven was born four days before my birthday. We are really close. This breed does not bother my asthma either and there in the house with me all the time." 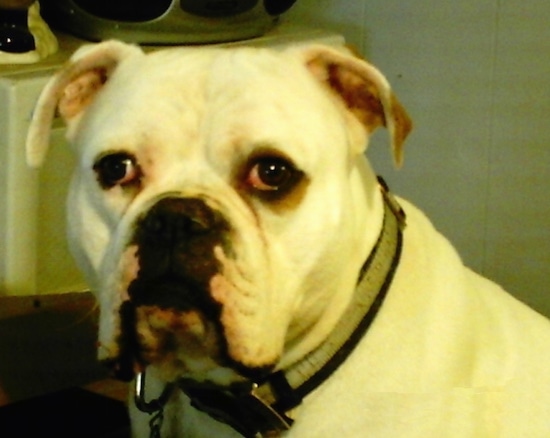 Draven the white American Bulldog is the father to the litter of 11 puppies shown above.