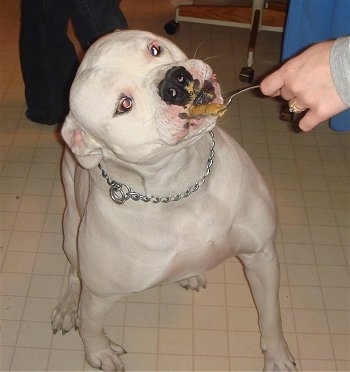 "This is Tank, our 2-year-old American Bulldog eating his favorite snack! We have had Tank since he was 8 weeks old. He has the most unique personality we have ever seen in a dog. He lovesssss peanut butter. He loves any kind of ball and will even play with fruit since the shape of most fruits resemble a ball! He is 110 lbs. and thinks he is a lap dog; he climbs on the couch as if he owns it. He loves to play with the kids and our cat. He will actually have a conversation with you! You can ask questions and he will grunt, growl or bark his answers!!" 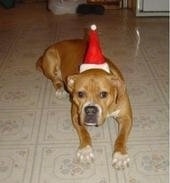 "This is my purebred American Bulldog Trixie. Her coloring seems to be pretty rare. She is mainly fawn with a white underside and paws and the cutest white spot on the back of her neck. Trixie is almost 4 years old and she weighs in around 85 pounds. She is the biggest baby I have ever seen—she looks tough but is the most gentle, loving dog. She always wants to cuddle and needs to be with people ALL the time. My father, who has had a huge fear of dogs all his life, even fell completely in love with her. She loves when she sees me cooking her food—yes she is spoiled and gets home-cooked meals! Going for walks around the neighborhood every night is a must for her. My 13-year-old son gets along wonderfully with Trixie and she is very good with him. Although Trixie doesn't really appreciate the whole dog costume thing we can sometimes get a hat on her. Trixie is a smart dog and I am so happy to have her as a part of our family." 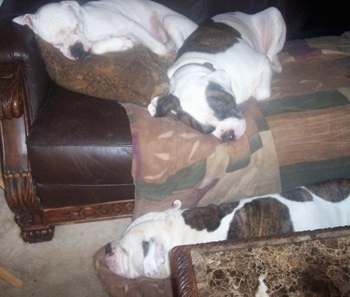 "These are the 3 "loves of my life." All are rescues. They require a lot of work but I am a work-at-home mom so it's not a problem. Rocky and Roxy are brother and sister...they just turned 7 years old. Baby Rocco is 2 years old. Honestly, I don't know what I would do without them."

"My first AB was Doc Holliday out of Mountain Gator Kennels. He lived for 9 years and was a great part of my life. I am a former American Gladiator and Doc used to hang out backstage. Everybody loved him!" 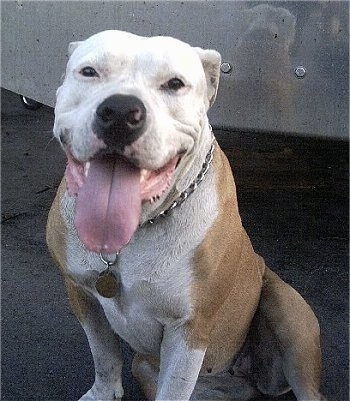 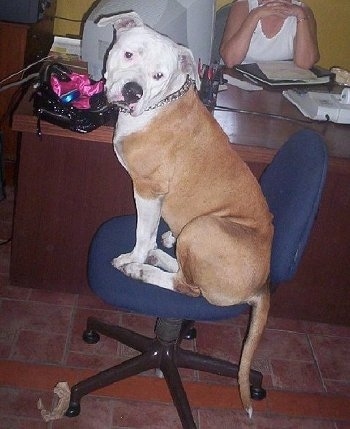 Gypsy the America Bulldog at 2 years old—"She is very lady-like and will sit on the first empty chair she sees." 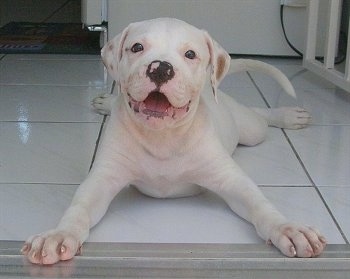 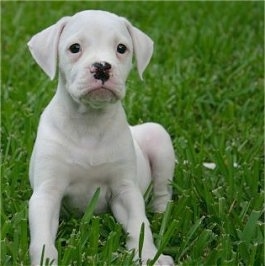 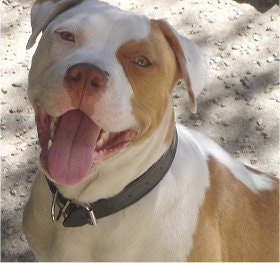 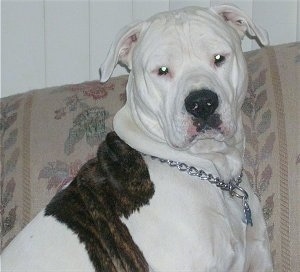 This is Mr. Wilson the 2-year-old American Bulldog 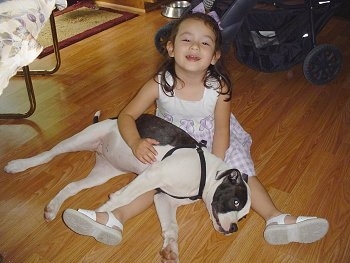 Pickles and Leah—"Pickles is a female American Bulldog. At well over 40 pounds (18 kg) and still only 3.5 months old, she's a little wrecking ball, but her owners say they love her, wrecking ball and all! :)" 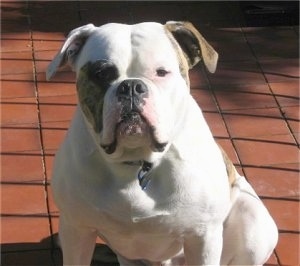 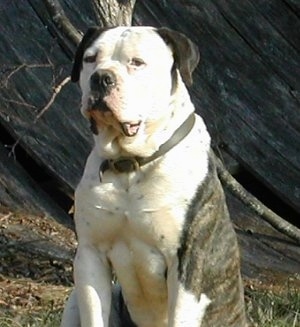 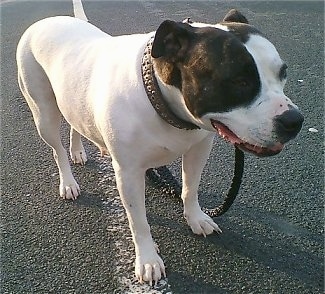 Shomi, the American Bulldog—word from her owner: "I have had her since I could fit her in one hand and she has helped me through all the bad times over the past three years. American Bulldogs are currently under close observation in the UK, and soon may be added to the list of "dangerous dogs". I want to put my dog on as many sites as possible so if the time comes, I will have memories all over the Internet. Her name is Shomi, and she really is the light of my life. I hate going to work and having to leave her on her own. She helps me at times that any other human contact just will not do. I used to be so scared of dogs that looked like these do, but I met a friend who had two of them. One of them is my dog’s auntie and she is the whole reason I bought an American Bulldog." 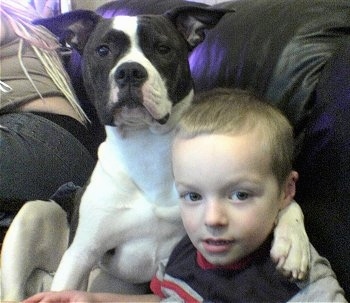 This is Josie, a 10-week-old American Bulldog puppy. 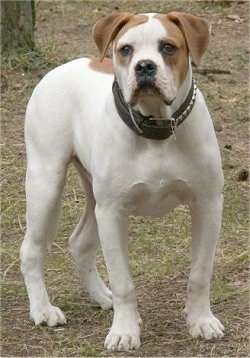 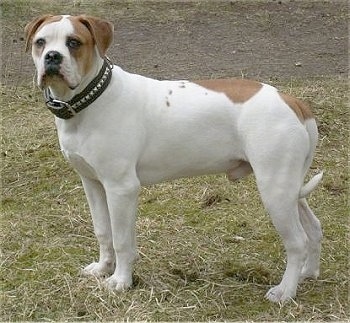 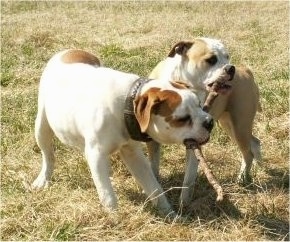 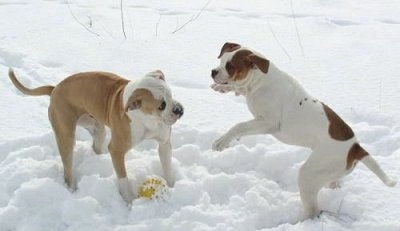 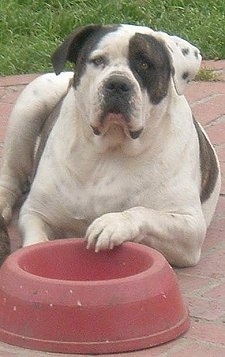 Diesel the American Bulldog at 3 years old; he is always hungry ;-)