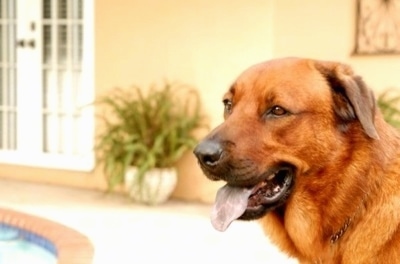 "This is Napoleon, a rescue from Pet Rescue Miami. The early part of his life was rather difficult. He was found tied to a tree, left to die. As a result of this human cruelty, when he was found he only weighed 40 lbs., had no hair and had a spiked collar imbedded in his neck. Through the love, kindness and charity of PRM, he survived and gained back his weight and re-grew a lovely auburn/red coat!! He lived at the shelter, in a small (but appropriate) cage for three years before we adopted him. Now, he lives a very spoiled life with his brother and sister (two other rescue dogs). Napoleon is a very loving, confident and gentle dog. He loves his toys and enjoys lying on his back and spinning his toys around with his paws (think juggling on his back). People at the shelter think he's about 5-6 years old. He has a very tranquil disposition and is great with children. He also enjoys going for morning jogs and when he runs he looks like he is prancing. Napoleon could be more balanced and we are still working on him becoming less dependent on me. He is always by my side and cannot stand being without me. We are still working on him being less anxious when I leave and have read many Cesar Milan books and gone to see him live! By adopting a discipline, exercise and then reward system, our dogs are very well behaved and manageable. They respond to our commands because they know who is alpha among them." 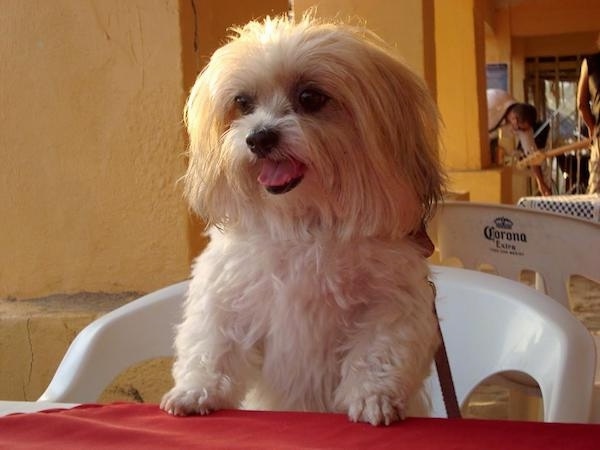 Misha the Long hair Chihuahua / Maltese / Shih Tzu mix breed dog at 3 years old—"Misha came to me at the age of 9 weeks old very ill. It took about 3 months of constant care before she came around and could eat by herself. This caused her to become very attached to me. She does not like being alone or away from me." 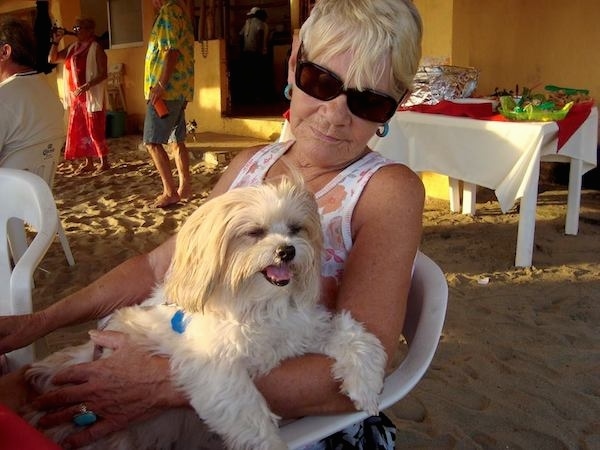 Misha the Long hair Chihuahua / Maltese / Shih Tzu mix breed dog at 3 years old—"Misha is a joy, needs very little exercise, obeys commands in Spanish, English and hand signs. I think she reads my mind as obeys me if I look her in the eyes and think the command. She is meek and shy of dogs and small children, but dearly loves my adult friends and will run to them when hearing their voices in a crowd and from a great distance." 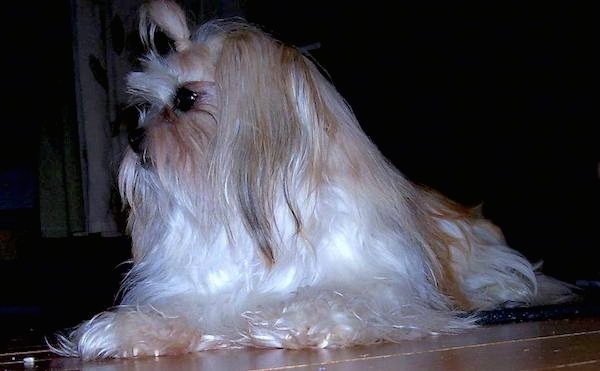 Misha the Long hair Chihuahua / Maltese / Shih Tzu mix breed dog at 3 years old—"Misha has weighed 11 pounds for several years and is now 7 1/2 years old. Being an older single lady, I have found her to be the perfect companion and best friend." 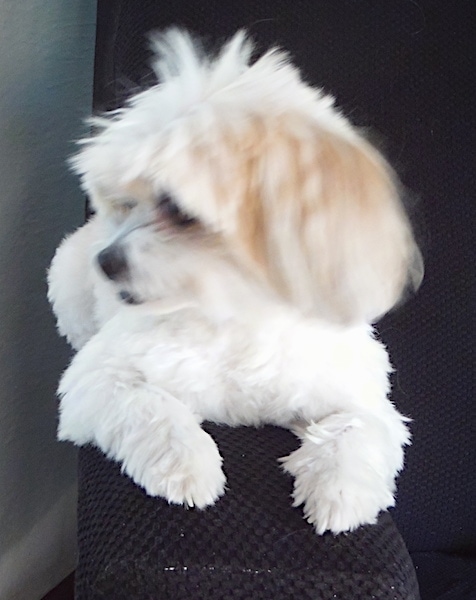 Misha the Long hair Chihuahua / Maltese / Shih Tzu mix breed dog at 5 years old—"A great traveler, she has flown 6 times to the west coast of Mexico. The heat there being the reason for the hair cut." 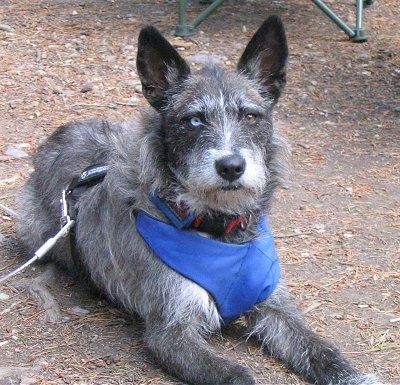 "Hannah is our Husky / Terrier cross, or so they say. She might be a Husky / Heeler cross; either way, she has Husky in her. We got her from a rescue (ARF Alberta) foundation when she was 1 year old and she is a very good girl. She loves our 5-year-old and would protect him with her life, I am sure. She loves everyone and everyone who meets her falls in love with her." 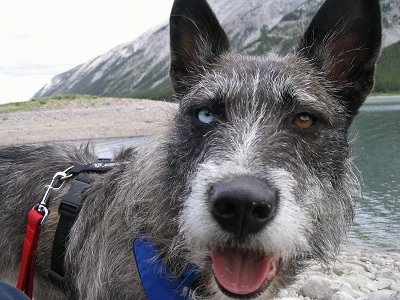 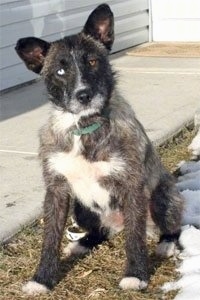