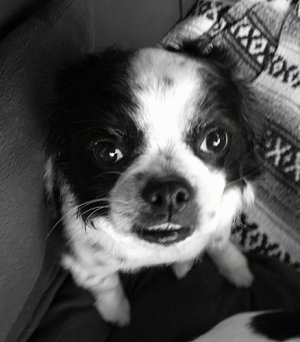 Stella Bella, a Chin / Cavalier King Charles Spaniel / Pekingese cross. Her owner states, "Stella is a funny little dog. She loves her tennis ball. She is older, about 9 or 10. I recently found out she has a bad back (like Zipper, my other dog). I would like to raise awareness about little dogs and bad backs. If I would have known these things I would have been more careful about letting them jump down from things. Zipper and Stella are the first dogs I have had so I have learned a lot from them." 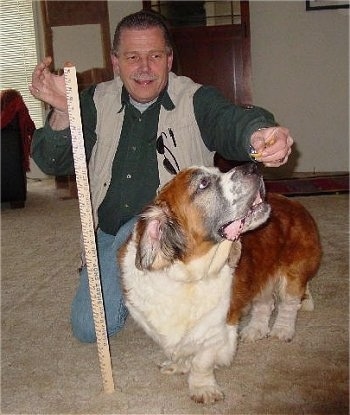 "We adopted this dog from our local shelter. He is 7 years old. Not sure what mix he is other than St. Bernard." (Possibly crossed with the Sussex Spaniel) 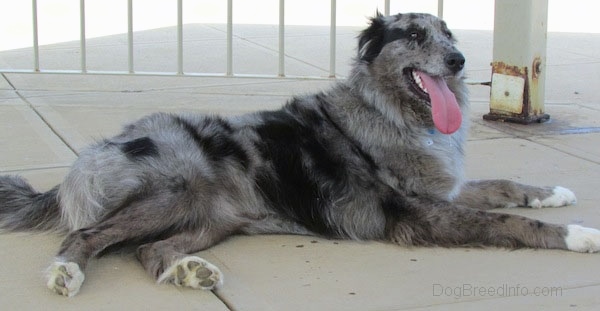 "This is Mollie at 2 years old. We were told she was a Catahoula Leopard Dog / Collie mix, but we had a DNA test done and her results came back that she is 1/2 Collie, 1/8 Labrador Retriever, 1/8 Border Collie, 1/8 Great Pyrenees and 1/8 unknown mix." 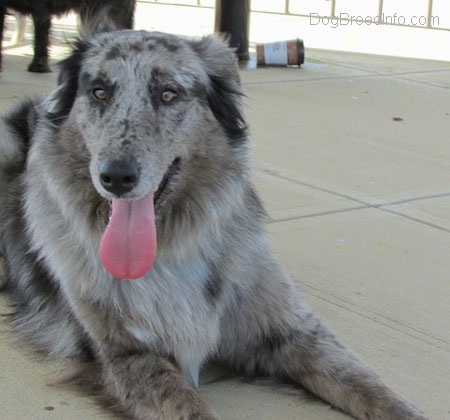 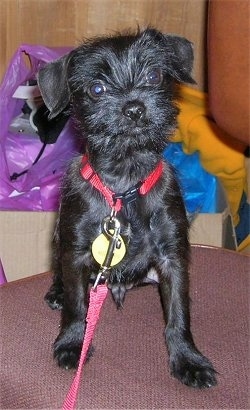 Nole is believed to be a Mini Schnauzer mix, possibly a Mini Schnaupin. He is a 2½-month-old puppy in this picture. "I rescued Nole from the La Plata County Humane Center. Nole is black with some reddish spots and a white stripe down his chest. He's very stubborn, and knows when he's in trouble, loves to be around other animals, always wants to play, he's very affectionate and loves to be loved on."

Indy, a 10-week-old German Shepherd / American Bulldog hybrid weighing 25 pounds—"He has the loyalty of a shepherd, the strength of a Bulldog, and the smarts mixed." 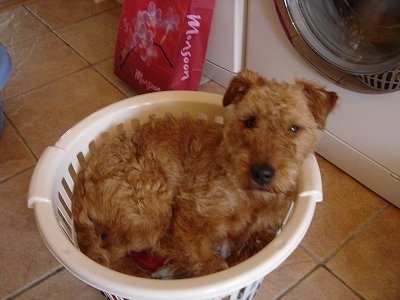 "We think Dudley is a Lakeland Terrier crossed possibly with an Irish Terrier. He has the character of an Irish, but is smaller, and seems to have the head of a Lakeland, as well as the curly coat. He was rescued from Watford Dogs Centre. We got him two years ago. The Centre seemed to think he was between 18 months and two years then, but we thought he was younger, going by his puppy style ways. We have just celebrated his fourth birthday on Valentine’s Day. He gets so much attention at our local park. Someone even asked if they could get a dog like him!!" 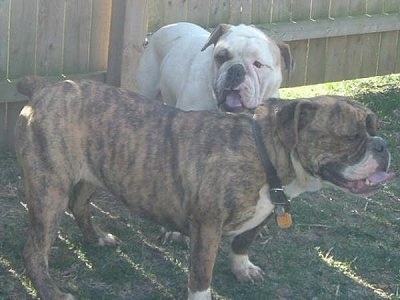 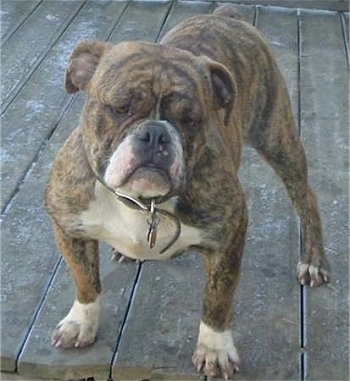 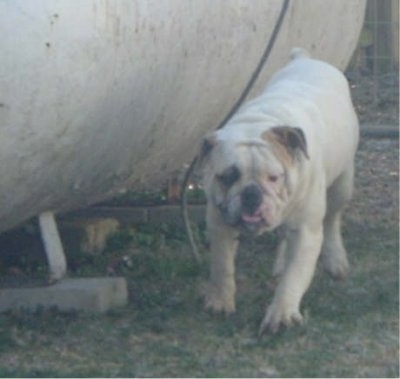