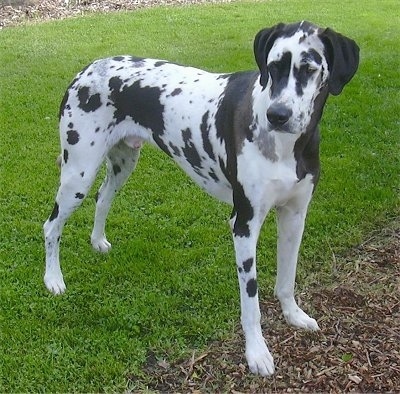 "Diesel came from Pet Refuge, a local rescue group. His mother is a blue merle Great Dane / Dalmatian mix, and his father was a Bullmastiff. He weighs close to 130 pounds, and most people think he is a purebred harlequin Great Dane, even though he is only 25% Dane. The shape of his head and ears are actually quite different from a Dane, but with his size and coloring, it's an easy mistake to make! He is one of the gentlest dogs I have ever seen, and in spite of his large size is wonderful with other animals and small children, even toddlers—he seems to be very aware of how much space he takes up and is careful never to knock them down." 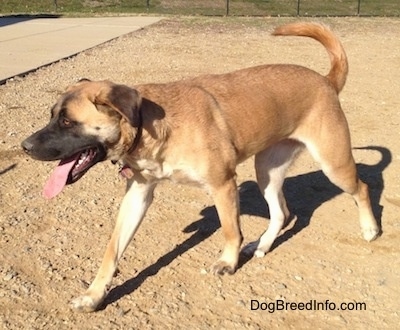 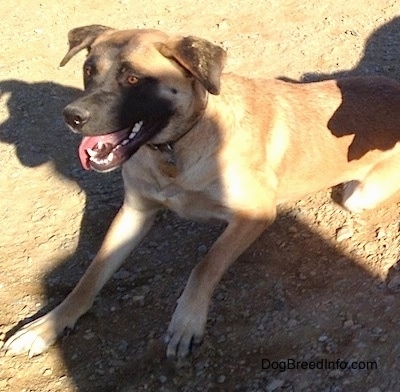 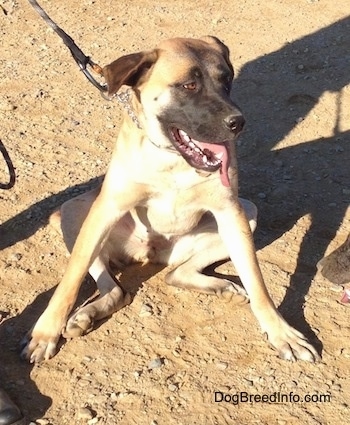 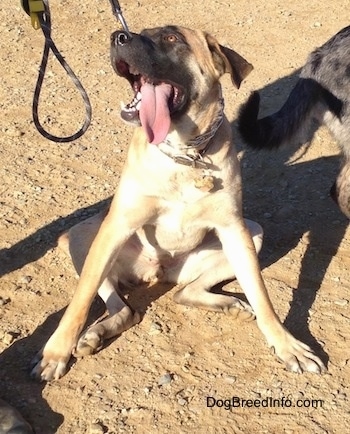 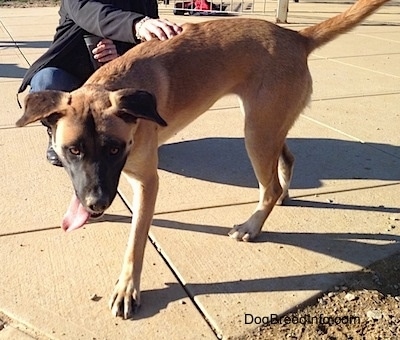 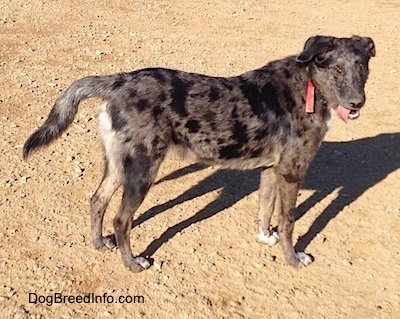 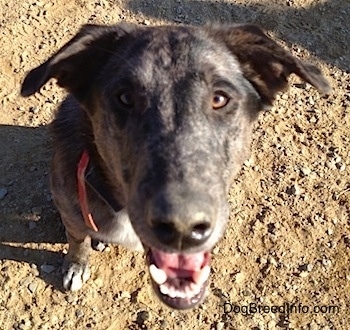 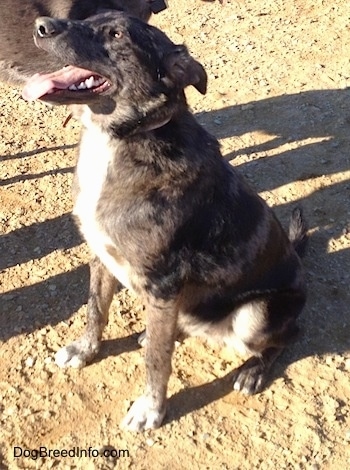 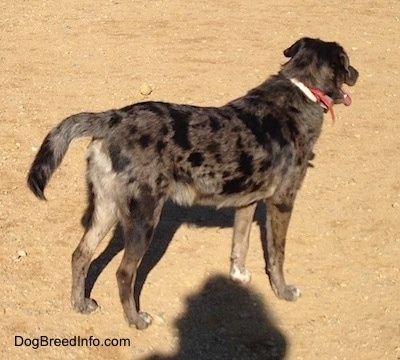 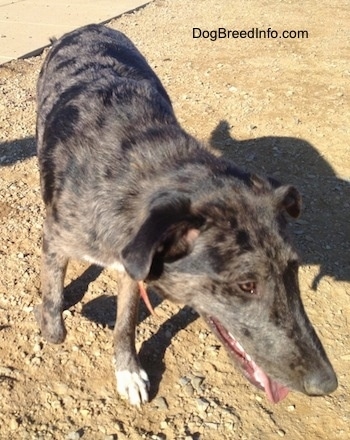 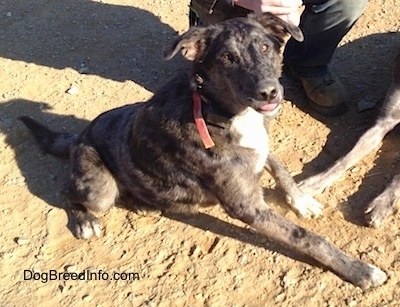 Buckshot the Labrador Retriever / Louisiana Catahoula Leopard Dog / Blue Heeler mix at 3 years old—"Buckshot was the best dog ever. He even saved 3 peoples lives, on 3 separate occasions. At age 4, he had a stroke and I miss him terribly. On February 28, 2014 we decided to "put him down" to ease his suffering as he was severely paralyzed and helpless. Exactly 1 year later, from that hurtful day, my husband suggests we go to the dollar store for some things we needed. Mind you, my husband would rather have teeth pulled than go shopping, so, although totally surprised by his suggestion to shop, I was excited! Since we lost Buckshot, I had been wanting and begging for another dog! I felt so safe with "My Boy" by my side! He loved to ride in the truck and love to go "bye-bye" with his mama! Buckshot came everywhere with me! So Feb. 28th, (1 year after that dreadful day), we pull into the Dollar General and 3 children were standing outside with 3 puppies. They were the cutest puppies I'd ever seen and my heart soared! I said "oh bay Please!!!" but he refused abruptly and insistently "NO, NO, I CANT, WE CANT REPLACE BUCKSHOT"! By then I had one of the puppies in my arms and from the very beginning I felt that connection. When my husband turned around and saw Buddy Lyons, a miniature Yorkie and Chinese Crested hybrid, (aka "Bubble Butt", which is the name the children who had him had given him) staring at him with those sweet eyes! We all froze for a moment. Then my husband quickly darted into the store. I said, "Bay, where you going?" He said, "get dog food!!!" My heart soared! Although I miss Buckshot terribly and always will, I know that God sent Buddy to us and sent Buckshot back to us! Gone but never forgotten, BUCKSHOT LYONS!!! Both mine and my husband's best friend ever! He was truely one of a kind and a gift and blessing and so is lil Buddy!!! My lil sweetheart!" 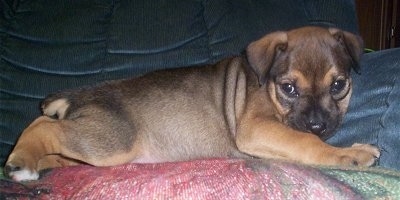 "Star, Doberman / English Bulldog hybrid at 5 weeks old—mom and dad are both registered and beautiful dogs." 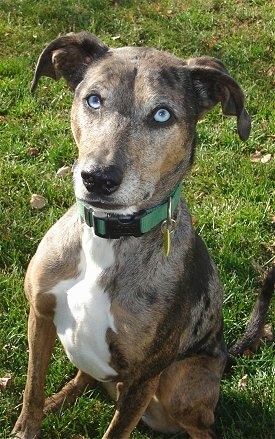 "Augen, pronounced Owe-gen, which is German for "eyes", is a Catahoula Leopard Dog / Whippet mix and was 4 years old at the time of the picture. Adopted from a shelter for being ’too energetic around their 3-year-old daughter’, he is now my therapy dog and goes to nursing homes and hospitals with me."Photo courtesy of Triple "L" Dog Training 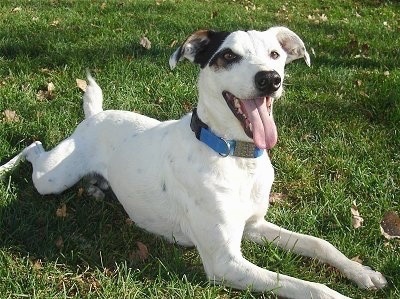 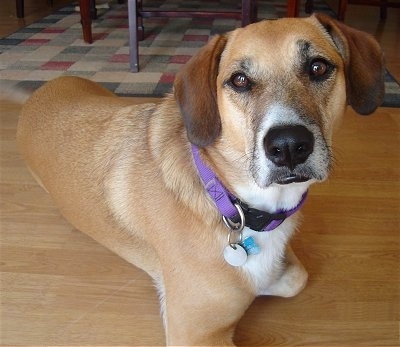 Sarah Lee, the Beagle / Yellow Lab mix (Labbe) at 4 years old—"She has the best personality I've ever seen in a dog—playful, easy-going and very patient with everything and everyone."  Photo courtesy of Triple "L" Dog Training 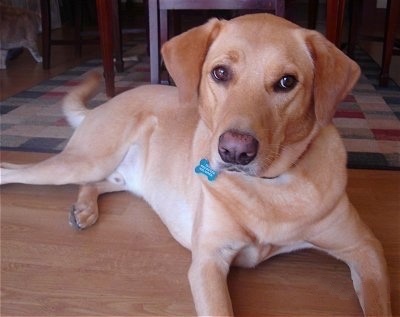 "Maximus at 4 years old; he is Yellow Lab mixed with something but we have no idea what. The sweetest dumb dog you could ever want..." Photo courtesy of Triple "L" Dog Training Sugar the Mini-Foxi x Jack Russell hybrid at 10 years old.—"She is my baby. I don't know what I'd do without her!" 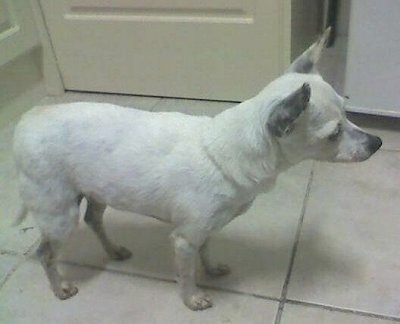 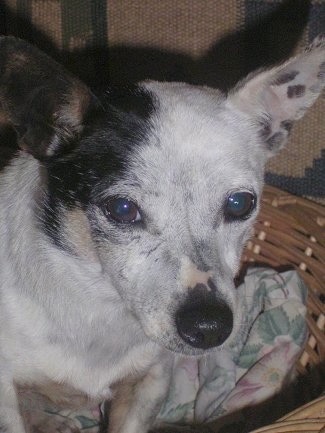